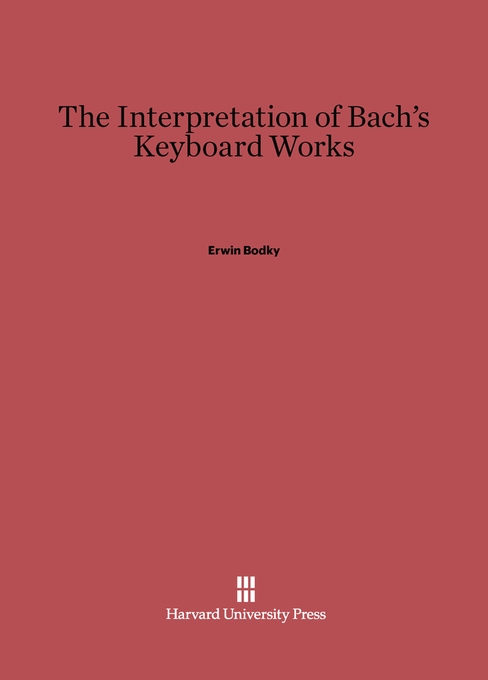 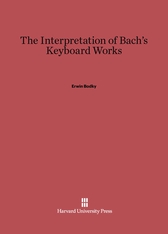 The Interpretation of Bach’s Keyboard Works

With intense and sympathetic scholarship and the sure musical intuition of practiced performance, Erwin Bodky achieves an internal reading of Bach’s keyboard works such as has never before been attempted. In the absence of interpretive directions, Bodky seeks for clues to performance in the texture of the music itself, and his readings supply striking evidence that Bach was an accomplished law-breaker whenever tradition threatened to hamper his artistic insights. The eighty years from Bach’s death to the year of Mendelssohn’s revival of the St. Matthew Passion erased the first-hand knowledge of baroque music. Bach wrote for harpsichord and clavichord, and the interpretive potential of the piano has only obscured the salient characteristics of his work. The bold and convincing Interpretation of Bach’s Keyboard Works is a welcome revelation of what devotion and skill can recover from the muddle of Academics and Romantics.

Not afraid to assert his personal convictions, Bodky points out that “although the problems of dynamics disappear with the solution of the instrument question, those of tempo, ornamentation, and articulation still remain… In our discussions of these problems it seems to us most imperative to separate as clearly as possible what we know to be fact from what is based only on personal interpretation and evaluation.” He prefers “to restudy the basic language of Bach’s time…with that spirit of humility we owe to its greatness, instead of debating how to adapt his music to the idiom of our contemporary musical conceptions.”