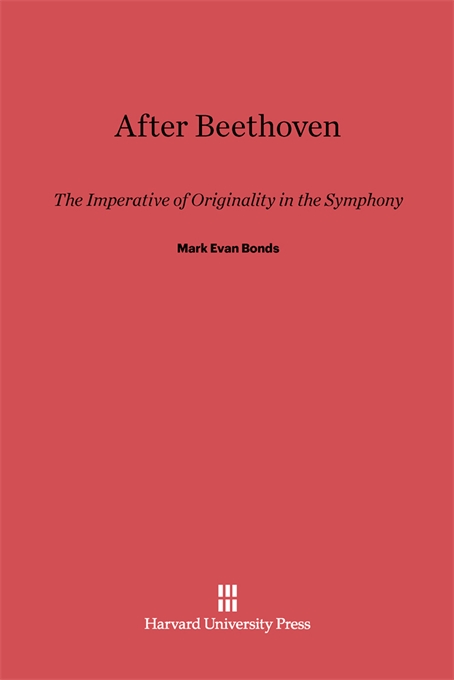 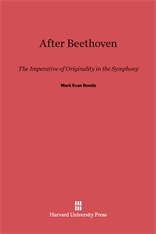 The Imperative of Originality in the Symphony

Beethoven cast a looming shadow over the nineteenth century. For composers he was a model both to emulate and to overcome. “You have no idea how it feels,” Brahms confided, “when one always hears such a giant marching behind one.” Exploring the response of five composers—Berlioz, Mendelssohn, Schumann, Brahms, and Mahler—to what each clearly saw as the challenge of Beethoven’s symphonies, Mark Evan Bonds richly enhances our understanding of the evolution of the symphony and Beethoven’s legacy.

Overt borrowings from Beethoven—for example, the lyrical theme in the Finale of Brahms’ First Symphony, so like the “Ode to Joy” theme in Beethoven’s Ninth—have often been the subject of criticism. Bonds now shows us how composers imitate or allude to a Beethoven theme or compositional strategy precisely in order to turn away from it, creating a new musical solution. Berlioz’s Harold en Italie, Mendelssohn’s Lobgesang, Schumann’s Fourth Symphony, Brahms’ First, and Mahler’s Fourth serve as illuminating examples. Discussion focuses on such core issues as Beethoven’s innovations in formal design, the role of text and voice, fusion of diverse genres, cyclical coherence of movements, and the function of the symphonic finale.

Bonds lucidly argues that the great symphonists of the nineteenth century cleared creative space for themselves by both confronting and deviating from the practices of their potentially overpowering precursor. His analysis places familiar masterpieces in a new light.