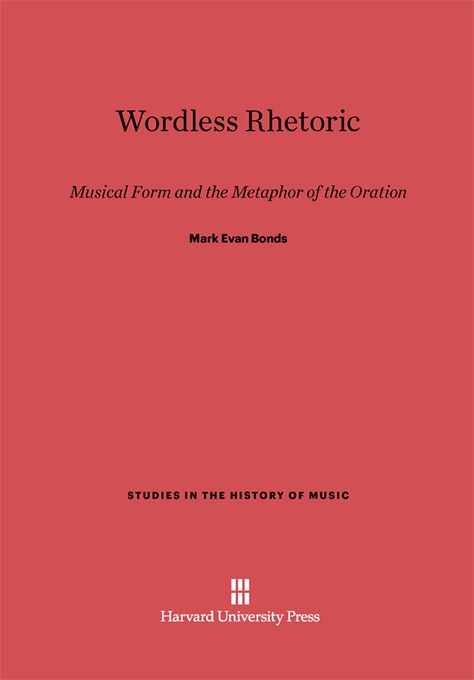 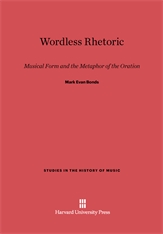 Studies in the History of Music 4

Musical Form and the Metaphor of the Oration

Studies in the History of Music

Although “form” is one of the most commonly used terms in music interpretation, it remains one of the most ambiguous. This penetrating study explores evolving ideas of musical form from a historical perspective and sheds new light on current conceptualizations of music.

Mark Evan Bonds examines the image—dominant among eighteenth-century composers and analysts—of music as a language, a kind of wordless discourse, which could move audiences. In the Baroque and Classical periods an instrumental composition was viewed as analogous to an oration, its form the intelligible elaboration of a central thematic idea. The predominant emphasis, therefore, was on the perspective of the listener. This rhetorical metaphor is shown giving way in the nineteenth century to the idea of a musical work as an organic entity, an image that emphasizes the autonomy of the work. The listener, in effect, becomes merely an interested third party.

In his account of these changing perspectives, Bonds draws on the writing of a broad range of eighteenth- and nineteenth-century theorists. His analyses focus on specific sonata form movements by Haydn, Mozart, and Beethoven and are informed by the theoretical premises that characterize the composers’ own times. In a final synthesis, the eighteenth-century rhetorical model—with its focus on the structural function of musical ideas and the role of the listener—emerges as a forerunner of today’s listener-oriented and plot theories about musical form.

In Wordless Rhetoric, Bonds makes fruitful use of literary theory to develop his innovative evaluation of musical form. This book will be invaluable to anyone who studies music or seeks to understand music analysis.