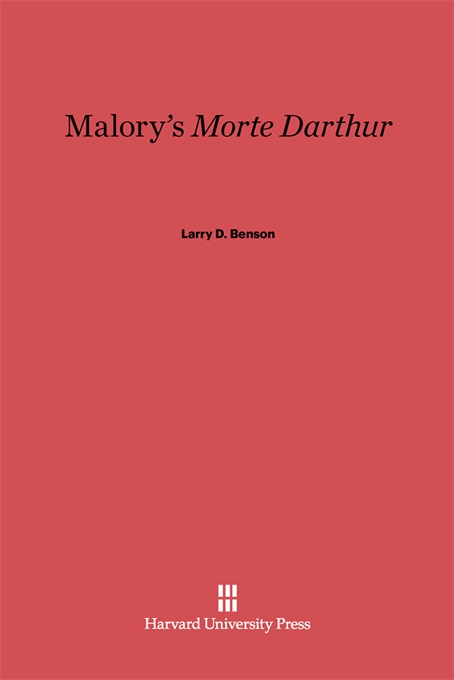 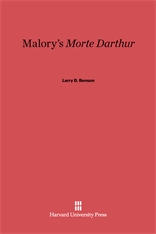 Sir Thomas Malory’s Morte Darthur has delighted readers of English literature for over five hundred years and has shaped our images of chivalry, of knight-errantry, of adventure in King Arthur’s time, of courtly love. In the past three decades literary critics have shown Malory to be an artist of skill and imagination, worthy of careful study as well as general popularity. One of the prices we have paid for this critical attention, Larry Benson argues, is an increasingly gloomy interpretation, so that what seemed a joyous celebration of Arthurian chivalry has become a dark, even “existential” tragedy. He here reestablishes the work as a chivalric romance by examining it against the background of fifteenth-century knighthood and literary traditions.

Benson relates the Morte Darthur to the Arthurian prose cycles as they developed in the thirteenth to fifteenth centuries and to the English romance tradition. He is able to trace Malory’s general development as a writer by showing the ways in which he applies his narrative techniques with increasing skill from the early tales to his first completely successful works, The Tale of Sir Gareth and The Book of Sir Tristram. His research into chivalric practices in the fifteenth century reveal that Malory was a much more realistic writer than is generally thought. Benson tells his story in a most readable style.