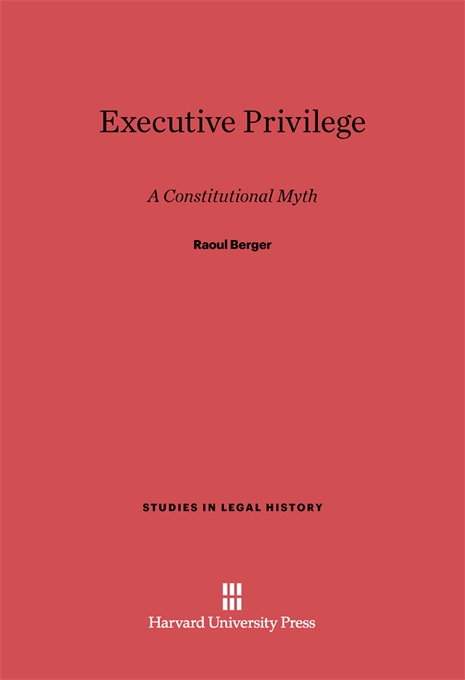 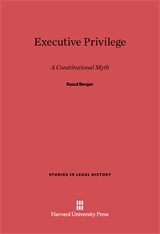 In Executive Privilege: A Constitutional Myth, Raoul Berger demonstrates that the presidential claim of authority to withhold information is without historical foundation. This pioneer study is a trenchant refutation of the self-serving presidential “precedents” upon which the executive branch relies. By examining the Parliamentary and constitutional basis for the “claims” of privilege, Berger exposes the shallow and disingenuous “proofs” now on record. His study balances the possible investigatory excesses against the evils which have resulted from resorting to executive secrecy, and Berger maintains that our democratic system is imperiled by the assumption that the people and the Congress may know only as much as the President considers appropriate. If there must be secrecy, Berger concludes, its bounds should be determined by the courts, not by the branch of government interested in concealing unratified policies or misconduct. One of the author’s prime examples of how misconstrued power and secrecy have led to disastrous results is the escalation by stealth of America’s involvement in the war in Asia. Berger’s history is the most complete account of executive privilege ever attempted. His epilogue brings the whole question of executive secrecy up to date.