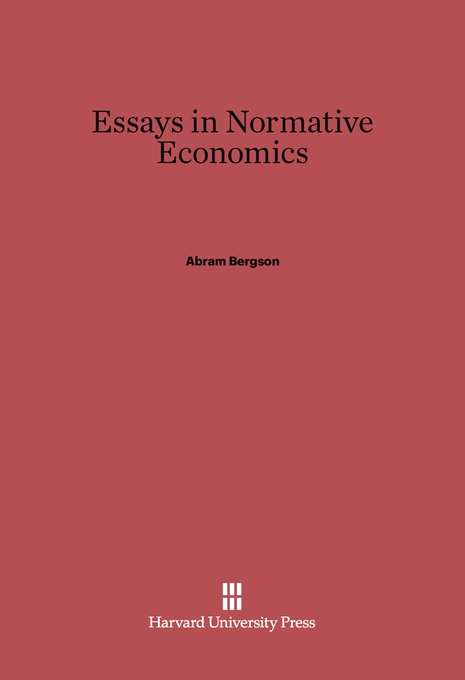 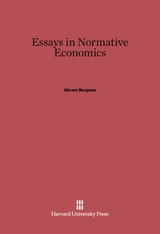 Essays in Normative Economics presents a number of Abram Bergson’s best-known and most widely cited essays in the field of welfare economics, together with four new pieces written especially for this volume. The ten essays, covering a period of three decades, deal particularly with the concept of social welfare, the conditions for an economic optimum, problems of measuring utility and welfare, and the application of welfare economics to socialist resource allocation.

Among the most notable of the articles previously published are “A Reformulation of Certain Aspects of Welfare Economics,” “Socialist Economics,” and “Real Income, Expenditure Proportionality, and Frisch’s New Methods.” Of the new essays, one reviews afresh the formulation of the concept of social welfare, and another comments further on the central issue of the economic efficiency of socialism. Two essays on measurement examine the use of national income data to determine welfare, and the quantitative appraisal of indivisibilities. Consideration of the latter aspect leads to a novel approach to consumers’ surplus analysis.