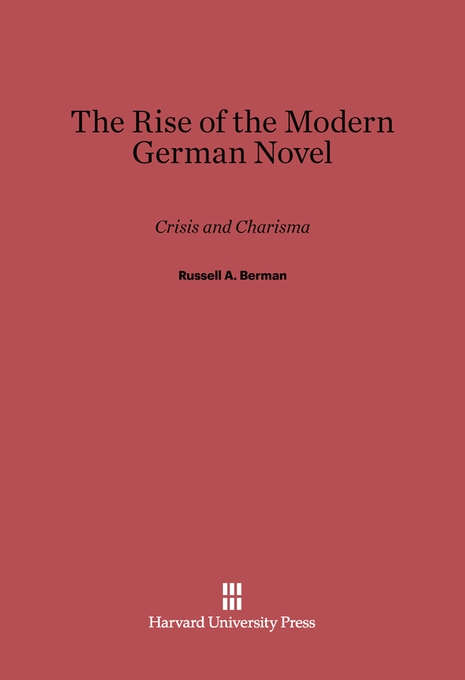 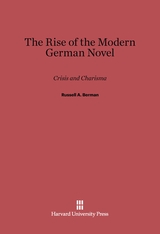 The Rise of the Modern German Novel

The concept of modernism, so important in Anglo-American literary debates, has never been applied consistently to the German novel, yet German authors in the first half of the twentieth century were no less innovative, in both aesthetic and political projects, than their English-speaking and French counterparts. Russell Berman remedies this deficit with a masterly survey of a hundred years of German novels, from the prevailing realism of the nineteenth century to the charismatic novel of modernism after 1900. He identifies modernism as a break with an obsolete mode, and links it to the general cultural crisis in Wilhelmine Germany and to the transition from laissez-faire to monopoly capitalism. He traces the institutionalization of realism through four representative works by Gustav Freytag, Adalbert Stifter, Theodor Fontane, and Georg Hermann, and the rejection of realism through analyses of works by authors such as Robert Musil, Herman Hesse, Ernst Jünger, Alfred Döblin, and Thomas Mann.

Berman has written a powerful example of the new literary history as well as a guide to the century that brought forth the modern German novel. His book will be important to students of German literature and of social and intellectual currents in the nineteenth and twentieth centuries, and will also interest followers of the sociology of literature, critical theory, and neo-Marxist literary theory.