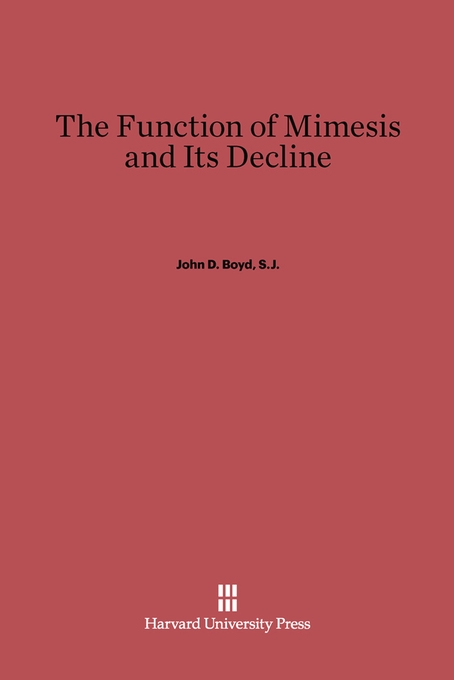 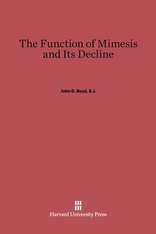 The Function of Mimesis and Its Decline

In the first thorough study of the subject, John D. Boyd describes how the critical concept of the function of mimesis, the imitation of life in literature, evolved during the twenty-three centuries of the mimetic tradition’s hegemony. He focuses on two crucial points in the tradition: the birth of the idea of autonomous contemplation in Aristotle’s Poetics, and its decline in the moralism of eighteenth-century England. Within this framework Father Boyd examines the concept in the light of Plato’s attitude toward poets, Horace’s pragmatic formula of utile dulci, the significant influences of rhetorical theory and Christianity, and the rise of scientism, rationalism, and sentimentalism.