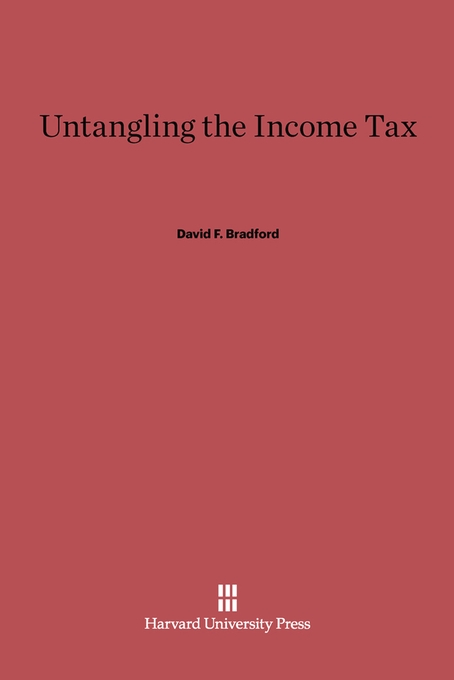 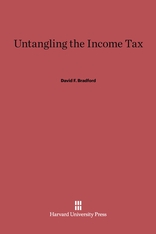 Tax reform is perennially under discussion, always a red hot political topic. Many people have the uneasy feeling that they are being taxed unfairly, and the complexity of the laws, plus newspaper articles on millionaires who cleverly avoid paying taxes, are likely to confirm these suspicions. But any moves toward reform are handicapped because almost nobody really understands how the income tax works, let alone what might be gained by trying alternative systems.

In this highly readable new book, one of America’s foremost tax economists helps the reader develop a sound grasp of how the design of tax rules affects the real sharing of tax burdens, and the performance of the economy as a whole. He also outlines various reform proposals, and shows how they would change the way money now moves out of the taxpayer’s pocket and into government coffers.

David F. Bradford’s central theme is the choice between a tax based on the notion of income, as tax theorists understand the term, and one based on consumption. In fact, our so-called income tax is a mixture of consumption- and income-based systems, and as such is less effective than either purer approach might be. Bradford examines in depth the idea of income, emphasizing the value judgments to be made in defining it for tax purposes, and explains why some existing tax rules are better suited to implementing tax on consumption—as, for example, the way pensions and owner-occupied houses (the bulk of savings for most Americans) are treated by the tax code.

He shows in non-technical terms how the burden of taxes is actually borne (as opposed to who mails in the money), and shows how taxes impose costs beyond the amount sent to the government. Finally, he suggests ways in which the income tax system might be changed in the interest of fairness, efficiency, and simplicity.