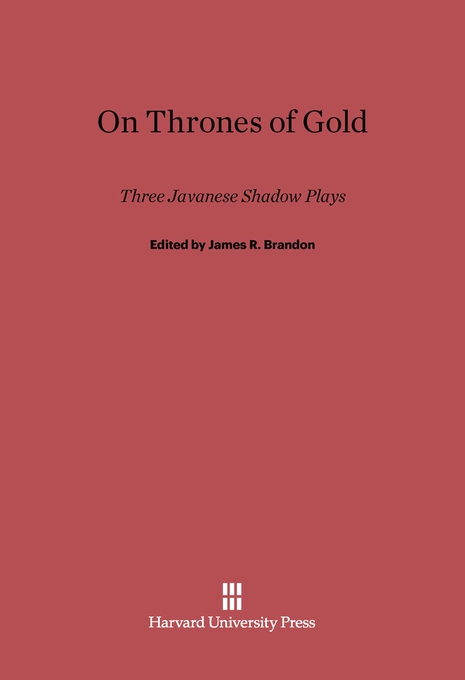 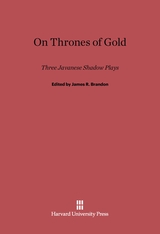 On Thrones of Gold

On festival nights, particularly during the dry monsoon, wajang kulit is performed in hundreds of Javanese villages and cities. In this ancient tradition of “shadow plays,” one of the world’s most complex and refined dramatic and theatrical forms, a puppeteer relates a familiar story from the island’s mythological past while manipulating leather puppets against a white screen. James Brandon’s work contains English translations of three plays from the traditional repertory that dramatize different periods in the Pandawa cycle. Complete with descriptions of the music used in the performance, the puppet movements, and the stylized performance techniques, the plays represent varying moods and illustrate standard dramatic structure. A detailed introduction provides historical background and discusses the theatrical tradition within which these plays evolved. Numerous photographs illustrate each of the plays.