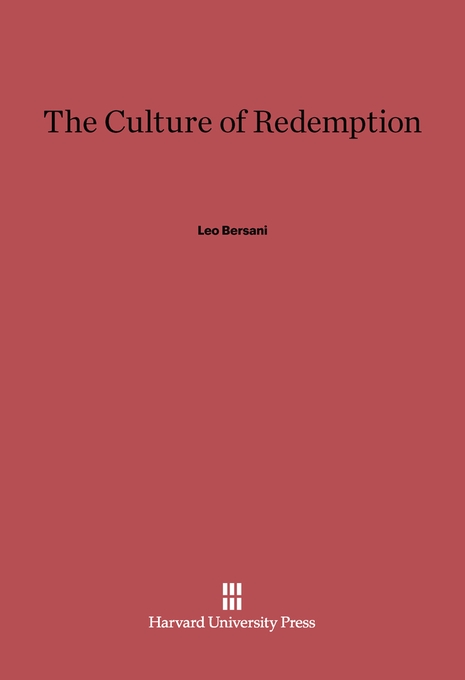 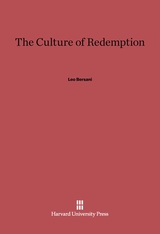 The Culture of Redemption

In this frankly polemical book, Leo Bersani does battle with a pervasive view in modern culture: the idea that art can save us from the catastrophes of history and sexuality. Bersani questions this assumption. The art that thinks it can redeem life—make it whole, correct its errors, sublimate its passions—trivializes both life and, paradoxically art. It is deceptive and dangerous.

Bersani ranges widely through modern literature (and its theorists), with fascinating comparisons: Melanie Klein and Marcel Proust; the enigmatic and more incoherent works of Freud; Walter Benjamin, Baudelaire, and Nietzsche; Andre Malraux and Georges Bataille; Flaubert, Melville, Joyce, and Thomas Pynchon. If he has much to say against the intellectual gymnastics of Ulysses and much to say in favor of the metaphysical extravagancies of Moby-Dick, he writes about both major works with the same kind of brio: Bersani’s criticism is never reductionist, even with its clearly stated preferences for the kind of literature that does not pretend to be superior to life, that does not mind being troubled.

Bersani is not telling us to put down Freud or Eliot or Proust or Joyce. But he is urging us to make new evaluations and to be aware of the enervating concealed morality of high modern culture. This is literary criticism of the first order—a defense of “the absolute singularity of human experience”—and deserves the widest readership among those who are devoted to literature but are suspicious of the redemptive role that has been assigned to it.