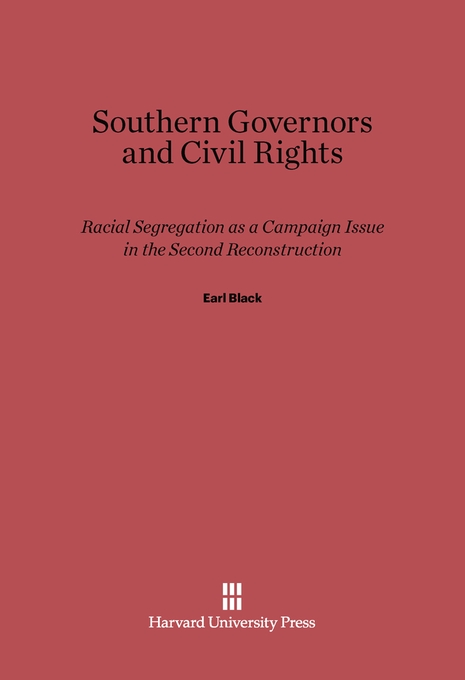 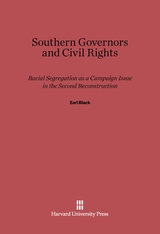 Racial Segregation as a Campaign Issue in the Second Reconstruction

This book offers a systematic, comprehensive analysis of the rise and partial decline of racial segregation as an issue in southern electoral politics throughout the entire South over the third quarter of the twentieth century. The first comparative examination of a white political elite, the study draws upon an extraordinary breadth of data: 80 governorships, over 250 candidates, six “waves” of elections for each of the eleven southern states from 1950 to 1973.

By classifying candidates for the southern governorships according to their campaign stances on racial segregation, Earl Black maps out the changing racial attitudes of white office seekers over a critical period in southern history—the time now referred to as the Second Reconstruction. He shows that, largely because of Federal pressures, segregationist orientations have increasingly been replaced by nonsegregationist perspectives, and that the decline of segregationist rhetoric has been more evident in the peripheral south than in the deep south. Specific areas include: the segregation issue in the early 1950s; state-by-state summaries of the segregation issue after 1954; and the relationship between the candidates’ campaign platform on race and their ability to run successfully at consecutive stages of the electoral process.

Black’s conclusion that “stateways” can alter “folkways” is well-reasoned and persuasive. Accessible to all readers interested in public affairs, Southern Governors and Civil Rights makes a significant contribution to the literature on the consequences of national intervention to change southern racial attitudes.