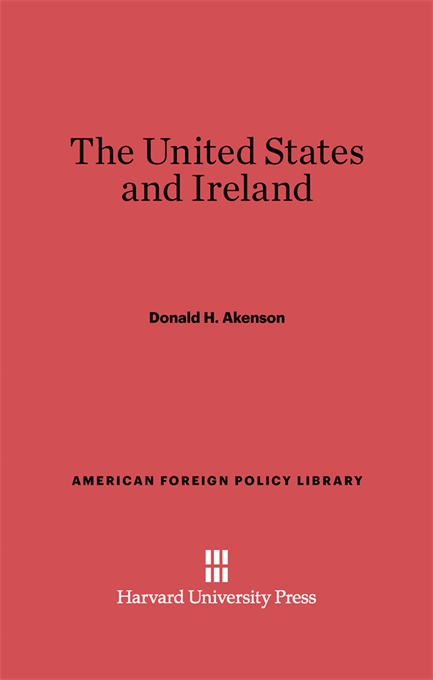 The United States and Ireland

Donald H. Akenson has given Americans a concise and candid account of what makes divided Ireland what it is today. With keenness and detachment he analyzes the present nature of Irish society—not just the Republic of Ireland, not just Northern Ireland, but south and north, Catholic and Protestant. The author sees the years from 1920 to 1923 as the watershed in the last 150 years of Irish history. Three crucial events took place: the southern three-quarters of the island achieved political independence from Great Britain; Northern Ireland was formally separated from the rest of the country; in the south “the revolutionary nationalists fell into a fratricidal conflict, the wounds from which still scar Irish history.” Akenson also discusses Ireland’s place in the world, especially within its European context.