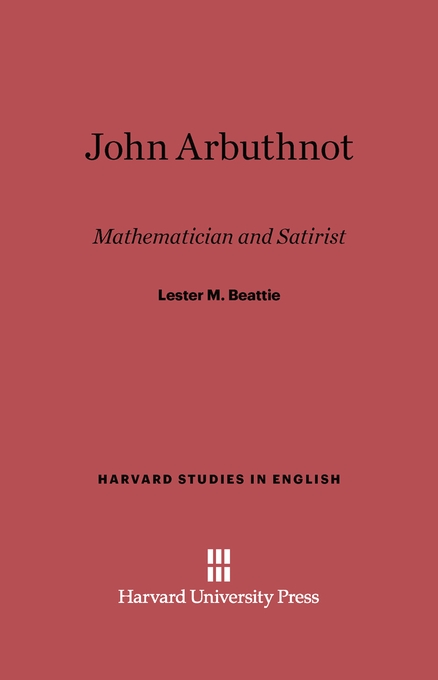 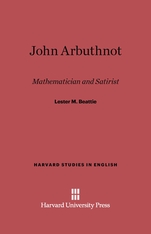 John Arbuthnot, favorite physician to Queen Anne, was the author of numerous satirical works, a popularizer of mathematics and science, a politician, a brilliant controversalist, and the friend or enemy of every noted person in the early eighteenth century. In spite of his prominence, he has been the subject of only one previous volume, a fact which indicates in some measure how much unexplored territory Lester Beattie has covered. The present book is not biographical but in the main a critical study of Arbuthnot’s work, especially The History of John Bull. Considerable quotations from Arbuthnot’s writings are included, so that the book can be read understandingly by those not already familiar with the works themselves. Harvard Studies in English, 16.