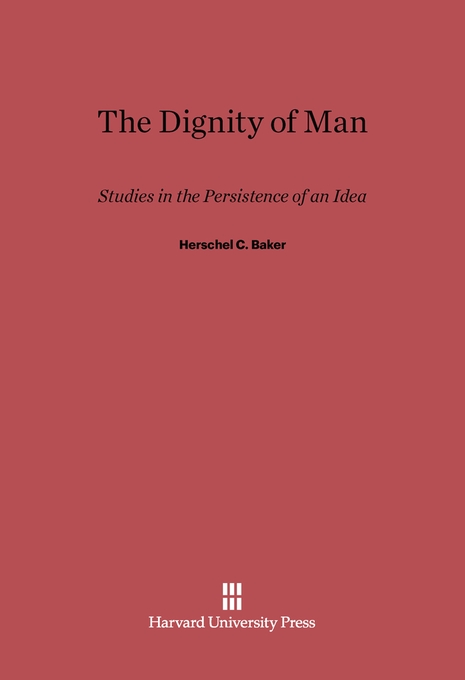 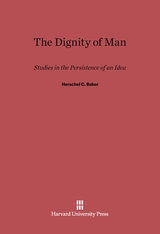 The Dignity of Man

Studies in the Persistence of an Idea

For roughly two thousand years, thinking men maintained their belief in the dignity of man. Greek philosopher, medieval theologian, or Renaissance optimist, man has expressed and justified this belief in a set of ideas which, though intimately related, have rarely if ever been treated in context.

In one big chronological and thematic sweep, Herschel Baker presents the history of the concept of human dignity. He traces the main motifs which have informed it—their rise, their subsidence, and their renewal—and all the forces old and new which affected the idea and its persistence. His book is in three sections devoted, in general, to three main themes—philosophy, theology, and literature: Part I concerns the Hellenic idea of man, and constitutes a treatment of classical humanism; Part II deals with the development of the Christian view of man, and centers around Augustine and Aquinas; and Part III treats the Renaissance. But throughout his treatment of these more or less independent periods, the author shows the continuity of the optimistic valuation of human dignity from Thales to Milton, and, since he confines himself neither to philosophy, nor religion, nor literature, his discussion has a notable richness of texture ordinarily lacking in more sharply focused studies.

The long sweep of this work, its clarity, and its thorough documentation make of it a real contribution to the study of western culture. It will appeal not only to specialists in many different fields, but to every educated man who does not require the popularization of a serious subject.