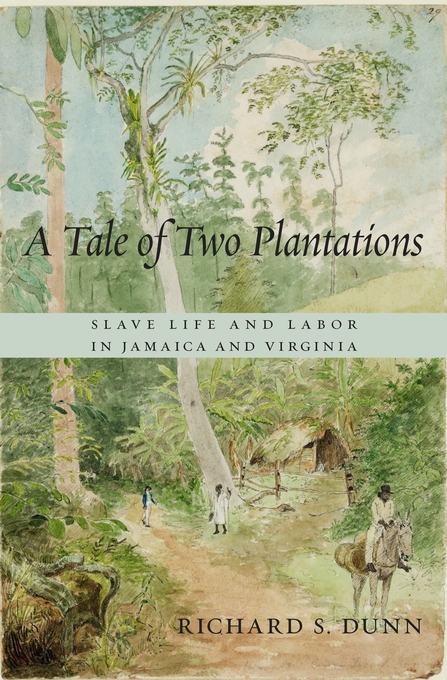 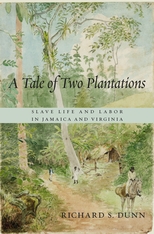 A Tale of Two Plantations

Slave Life and Labor in Jamaica and Virginia

Forty years ago, after publication of his pathbreaking book Sugar and Slaves, Richard Dunn began an intensive investigation of two thousand slaves living on two plantations, one in North America and one in the Caribbean. Digging deeply into the archives, he has reconstructed the individual lives and collective experiences of three generations of slaves on the Mesopotamia sugar estate in Jamaica and the Mount Airy plantation in tidewater Virginia, to understand the starkly different forms slavery could take. Dunn’s stunning achievement is a rich and compelling history of bondage in two very different Atlantic world settings.

From the mid-eighteenth century to emancipation in 1834, life in Mesopotamia was shaped and stunted by deadly work regimens, rampant disease, and dependence on the slave trade for new laborers. At Mount Airy, where the population continually expanded until emancipation in 1865, the “surplus” slaves were sold or moved to distant work sites, and families were routinely broken up. Over two hundred of these Virginia slaves were sent eight hundred miles to the Cotton South.

In the genealogies that Dunn has painstakingly assembled, we can trace a Mesopotamia fieldhand through every stage of her bondage, and contrast her harsh treatment with the fortunes of her rebellious mulatto son and clever quadroon granddaughter. We track a Mount Airy craftworker through a stormy life of interracial sex, escape, and family breakup. The details of individuals’ lives enable us to grasp the full experience of both slave communities as they labored and loved, and ultimately became free.