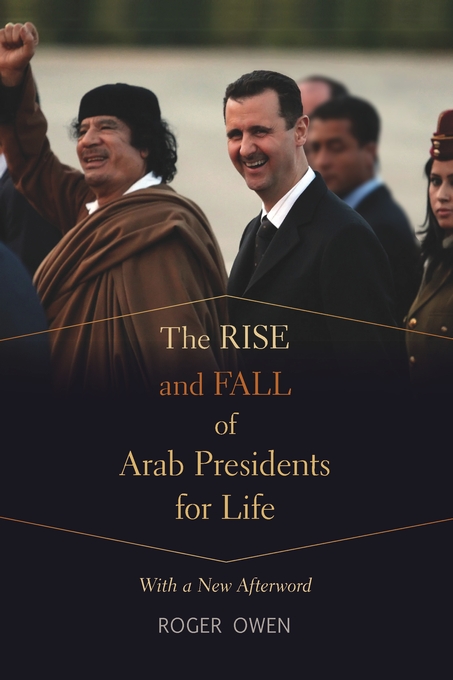 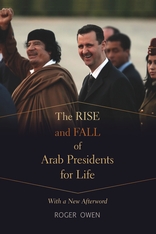 The Rise and Fall of Arab Presidents for Life

The monarchical presidential regimes that prevailed in the Arab world for so long looked as though they would last indefinitely—until events in Tunisia and Egypt made clear their time was up. The Rise and Fall of Arab Presidents for Life exposes for the first time the origins and dynamics of a governmental system that largely defined the Arab Middle East in the twentieth century.

Presidents who rule for life have been a feature of the Arab world since independence. In the 1980s their regimes increasingly resembled monarchies as presidents took up residence in palaces and made every effort to ensure their sons would succeed them. Roger Owen explores the main features of the prototypical Arab monarchical regime: its household; its inner circle of corrupt cronies; and its attempts to create a popular legitimacy based on economic success, a manipulated constitution, managed elections, and information suppression.

Why has the Arab world suffered such a concentration of permanent presidential government? Though post-Soviet Central Asia has also known monarchical presidencies, Owen argues that a significant reason is the “Arab demonstration effect,” whereby close ties across the Arab world have enabled ruling families to share management strategies and assistance. But this effect also explains why these presidencies all came under the same pressure to reform or go. Owen discusses the huge popular opposition the presidential systems engendered during the Arab Spring, and the political change that ensued, while also delineating the challenges the Arab revolutions face across the Middle East and North Africa.