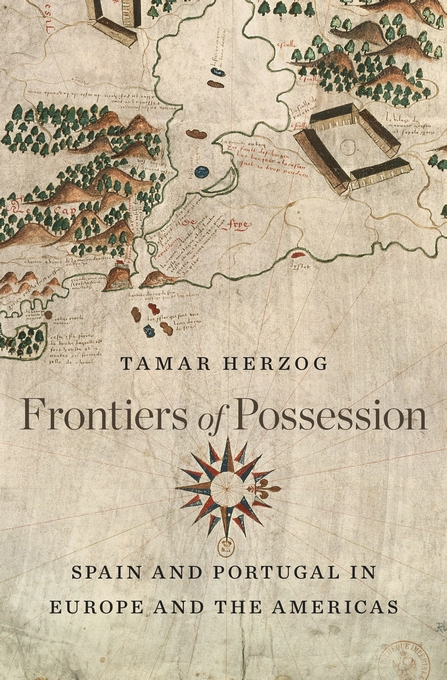 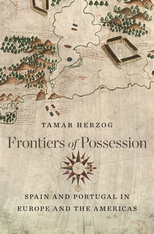 Spain and Portugal in Europe and the Americas

Frontiers of Possession asks how territorial borders were established in Europe and the Americas during the early modern period and challenges the standard view that national boundaries are largely determined by military conflicts and treaties. Focusing on Spanish and Portuguese claims in the New and Old Worlds, Tamar Herzog reconstructs the different ways land rights were negotiated and enforced, sometimes violently, among people who remembered old possessions or envisioned new ones: farmers and nobles, clergymen and missionaries, settlers and indigenous peoples.

Questioning the habitual narrative that sees the Americas as a logical extension of the Old World, Herzog portrays Spain and Portugal on both sides of the Atlantic as one unified imperial space. She begins in the Americas, where Iberian conquerors had to decide who could settle the land, who could harvest fruit and cut timber, and who had river rights for travel and trade. The presence of indigenous peoples as enemies to vanquish or allies to befriend, along with the vastness of the land, complicated the picture, as did the promise of unlimited wealth. In Europe, meanwhile, the formation and re-formation of boundaries could last centuries, as ancient entitlements clashed with evolving economic conditions and changing political views and juridical doctrines regarding how land could be acquired and maintained.

Herzog demonstrates that the same fundamental questions had to be addressed in Europe and in the Americas. Territorial control was always subject to negotiation, as neighbors and outsiders, in their quotidian interactions, carved out and defended new frontiers of possession.