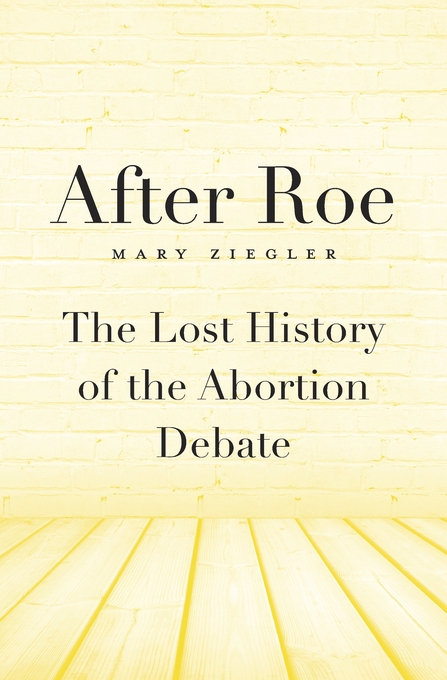 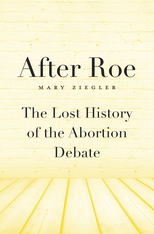 The Lost History of the Abortion Debate

On NPR’s All Things Considered, listen to Mary Ziegler discuss the conscientious objection argument—and its successful use by the Trump administration in a spring 2019 rule protecting religious health care workers from performing abortion-related services:

Forty years after the U.S. Supreme Court handed down its decision legalizing abortion, Roe v. Wade continues to make headlines. After Roe: The Lost History of the Abortion Debate cuts through the myths and misunderstandings to present a clear-eyed account of cultural and political responses to the landmark 1973 ruling in the decade that followed. The grassroots activists who shaped the discussion after Roe, Mary Ziegler shows, were far more fluid and diverse than the partisans dominating the debate today.

In the early years after the decision, advocates on either side of the abortion battle sought common ground on issues from pregnancy discrimination to fetal research. Drawing on archives and more than 100 interviews with key participants, Ziegler’s revelations complicate the view that abortion rights proponents were insensitive to larger questions of racial and class injustice, and expose as caricature the idea that abortion opponents were inherently antifeminist. But over time, “pro-abortion” and “anti-abortion” positions hardened into “pro-choice” and “pro-life” categories in response to political pressures and compromises. This increasingly contentious back-and-forth produced the interpretation now taken for granted—that Roe was primarily a ruling on a woman’s right to choose.

Peering beneath the surface of social-movement struggles in the 1970s, After Roe reveals how actors on the left and the right have today made Roe a symbol for a spectrum of fervently held political beliefs.