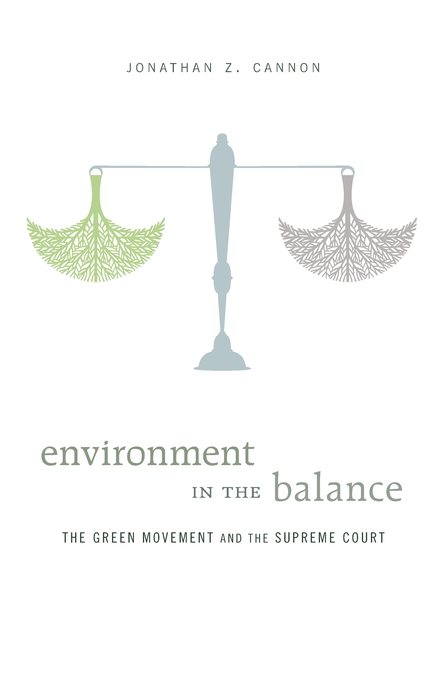 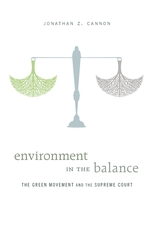 Environment in the Balance

The Green Movement and the Supreme Court

The first Earth Day in 1970 marked environmentalism’s coming-of-age in the United States. More than four decades later, does the green movement remain a transformative force in American life? Presenting a new account from a legal perspective, Environment in the Balance interprets a wide range of U.S. Supreme Court decisions, along with social science research and the literature of the movement, to gauge the practical and cultural impact of environmentalism and its future prospects.

Jonathan Z. Cannon demonstrates that from the 1960s onward, the Court’s rulings on such legal issues as federalism, landowners’ rights, standing, and the scope of regulatory authority have reflected deep-seated cultural differences brought out by the mass movement to protect the environment. In the early years, environmentalists won some important victories, such as the Supreme Court’s 1973 decision allowing them to sue against barriers to recycling. But over time the Court has become more skeptical of their claims and more solicitous of values embodied in private property rights, technological mastery and economic growth, and limited government.

Today, facing the looming threat of global warming, environmentalists struggle to break through a cultural stalemate that threatens their goals. Cannon describes the current ferment in the movement, and chronicles efforts to broaden its cultural appeal while staying connected to its historical roots, and to ideas of nature that have been the source of its distinctive energy and purpose.