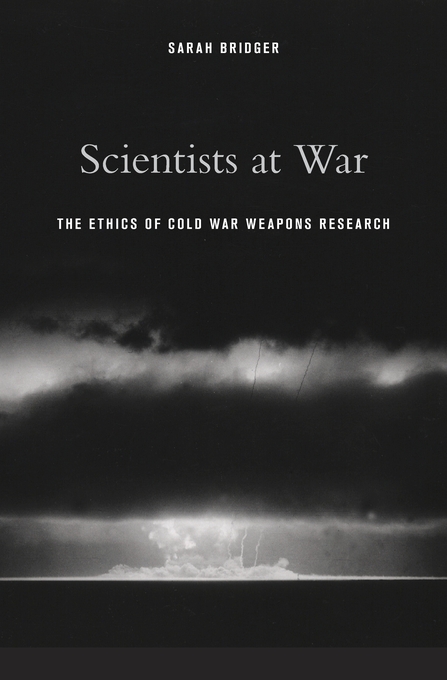 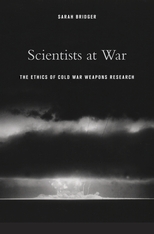 “Historian Sarah Bridger’s ambitious book Scientists at War rethinks scientists’ role within the Cold War military establishment, viewing it through an unusual lens: that of the 20th century’s continually evolving ethical norms… Bridger has written a stimulating account of the clash of worldviews that divided the Manhattan Project generation from Vietnam-era scientists.”—Jacob Darwin Hamblin, American Scientist

“A vital and prize-worthy contribution to both the history of American science and the development of the Cold War from the 1950s through the 1980s… The breadth of Bridger’s narrative and analysis helps to distinguish Scientists at War from similar studies of American science in the Cold War… This is a landmark book in the study of science, the state, and the Cold War that should be required reading for anybody interested in these important topics.”—Sean L. Malloy, American Historical Review

“One of our cherished fictions about science is that it constitutes an intellectual activity somehow ‘above the fray’ of politics. In her excellent book Scientists at War Sarah Bridger undermines this idea. In wonderful detail, she explores the myriad ways that scientists confronted their roles as political actors after World War II.”—David K. Hecht, Journal of American History

“Sarah Bridger’s Scientists at War provides an inside look at the moral and ethical quandaries that shook the U.S. scientific community in the second half of the twentieth century… The most rewarding parts of Scientists at War present fresher material on lesser-known scientists and their fraught relationship with Vietnam… Scientists at War is a book that delivers exactly what it promises: a deep exploration of American scientists’ understanding of their role in Cold War weapons research. Bridger’s faithfulness to her actors’ terms has produced a thoughtful, sympathetic, and at times, even moving, account of an ethically complicated time. It is essential reading for anyone struggling to understand how experts get caught up in ethical quagmires, and what happens when they finally manage to extract themselves.”—Audra J. Wolfe, H-Diplo

“I found the book immensely rewarding due to my own interests in the topic, but I have no reservations in recommending it to others—not least because Bridger writes very well… A rewarding book.”—John Forge, Metascience

“This is a revealing, richly informed inside history, not just of scientists in policymaking for war and defense after Hiroshima, but of their increasing struggles in the eras of Vietnam and Star Wars with the ethics of the ongoing drive for innovations in armaments. An authoritative, compelling work.”—Daniel J. Kevles, author of The Physicists: The History of a Scientific Community in Modern America

“This will be a landmark book, widely read and frequently consulted. Bridger’s scientists emerge as flesh-and-blood actors facing complex sets of constraints, and even as serious—if not always sophisticated—political thinkers with strong feelings about international relations and the ethics of weapons research.”—Andrew Jewett, author of Science, Democracy, and the American University: From the Civil War to the Cold War