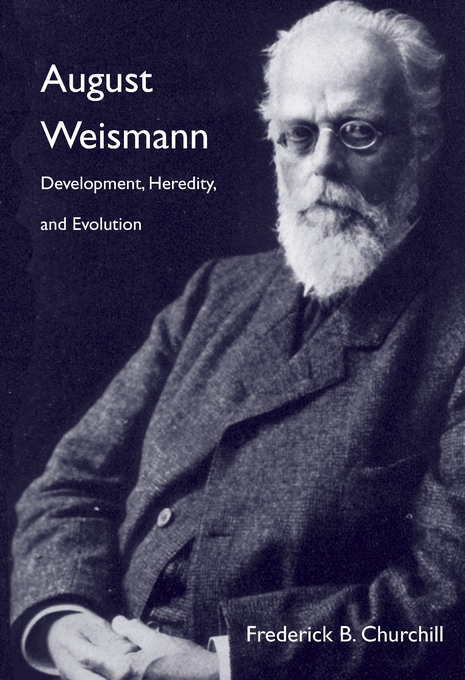 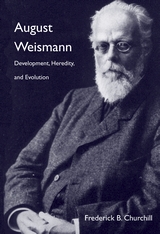 “We come away from this monumental study with a much greater appreciation of this biologist, and an understanding of why [Ernst] Mayr designated him ‘one of the great biologists of all time.’”—W. F. Bynum, The Times Literary Supplement

“A monumental study of an important but surprisingly little-studied biologist, August Weismann represents half a century of scholarly investment by historian of science Frederick Churchill… That anybody can write this kind of book these days is awe-inspiring.”—Jane Maienschein, Nature

“[A] magisterial biography… It is hard to imagine a better match than between the late Frederick Churchill and the object of his lifelong affection… Will be the definitive biography of August Weismann for decades to come.”—Manfred D. Laubichler, Isis

“Those who know the topic that science historian Churchill has been working on these past years have eagerly awaited this definitive biography of August Weismann (1834–1914), whose germ layer of heredity revolutionized the understanding of organismal evolution… The present book places Weismann at the center of the fields of heredity, evolution, and embryonic development, fields that dominated both late-19th- and late-20th-century biology. The scholarship is rock solid, the writing smooth as silk, and the importance of the book central to the flow of the intellectual history of natural science and society. Unreservedly recommended.”—B. K. Hall, Choice

“This will be considered the definitive scientific biography of August Weismann, as well as a brilliant account of the golden age of embryology.”—Paul Farber, Distinguished Professor Emeritus, Oregon State University

“A courageous, meticulous study of a major figure. Churchill shows how Weismann turned from his study of natural history and butterflies to provide the grounding for our understanding of chromosomes and germ lines. A truly impressive volume.”—Jane Maienschein, author of Whose View of Life? and Embryos under the Microscope