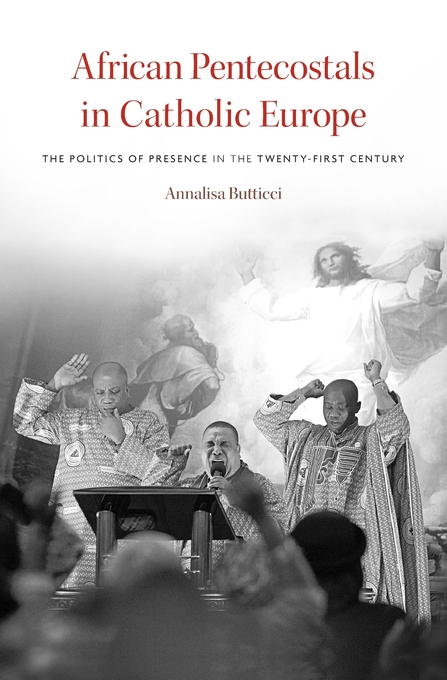 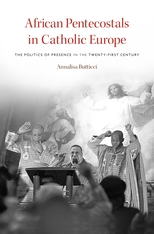 The Politics of Presence in the Twenty-First Century

Over the past thirty years, Italy—the historic home of Catholicism—has become a significant destination for migrants from Nigeria and Ghana. Along with suitcases and dreams of a brighter future, these Africans bring their own form of Christianity, Pentecostalism, shaped by their various cultures and religious worlds. At the heart of Annalisa Butticci’s beautifully sculpted ethnography of African Pentecostalism in Italy is a paradox. Pentecostalism, traditionally one of the most Protestant of Christian faiths, is driven by the same concern as Catholicism: real presence.

In Italy, Pentecostals face harsh anti-immigrant sentiment and limited access to economic and social resources. At times, they find safe spaces to worship in Catholic churches, where a fascinating encounter unfolds that is equal parts conflict and communion. When Pentecostals watch Catholics engage with sacramental objects—relics, statues, works of art—they recognize the signs of what they consider the idolatrous religions of their ancestors. Catholics, in turn, view Pentecostal practices as a mix of African religions and Christian traditions. Yet despite their apparently irreconcilable differences and conflicts, they both share a deeply sensuous and material way to make the divine visible and tangible. In this sense, Pentecostalism appears much closer to Catholicism than to mainstream Protestantism.

African Pentecostals in Catholic Europe offers an intimate glimpse at what happens when the world’s two fastest growing Christian faiths come into contact, share worship space, and use analogous sacramental objects and images. And it explains how their seemingly antithetical practices and beliefs undergird a profound commonality.