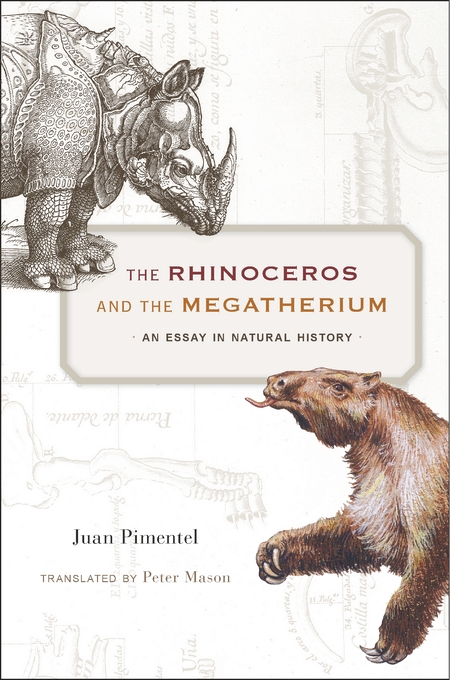 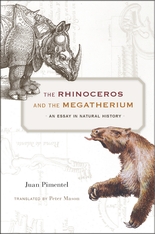 The Rhinoceros and the Megatherium

An Essay in Natural History

One animal left India in 1515, caged in the hold of a Portuguese ship, and sailed around Africa to Lisbon—the first of its species to see Europe for more than a thousand years. The other crossed the Atlantic from South America to Madrid in 1789, its huge fossilized bones packed in crates, its species unknown. How did Europeans three centuries apart respond to these two mysterious beasts—a rhinoceros, known only from ancient texts, and a nameless monster? As Juan Pimentel explains, the reactions reflect deep intellectual changes but also the enduring power of image and imagination to shape our understanding of the natural world.

We know the rhinoceros today as “Dürer’s Rhinoceros,” after the German artist’s iconic woodcut. His portrait was inaccurate—Dürer never saw the beast and relied on conjecture, aided by a sketch from Lisbon. But the influence of his extraordinary work reflected a steady move away from ancient authority to the dissemination in print of new ideas and images. By the time the megatherium arrived in Spain, that movement had transformed science. When published drawings found their way to Paris, the great zoologist Georges Cuvier correctly deduced that the massive bones must have belonged to an extinct giant sloth. It was a pivotal moment in the discovery of the prehistoric world.

The Rhinoceros and the Megatherium offers a penetrating account of two remarkable episodes in the cultural history of science and is itself a vivid example of the scientific imagination at work.