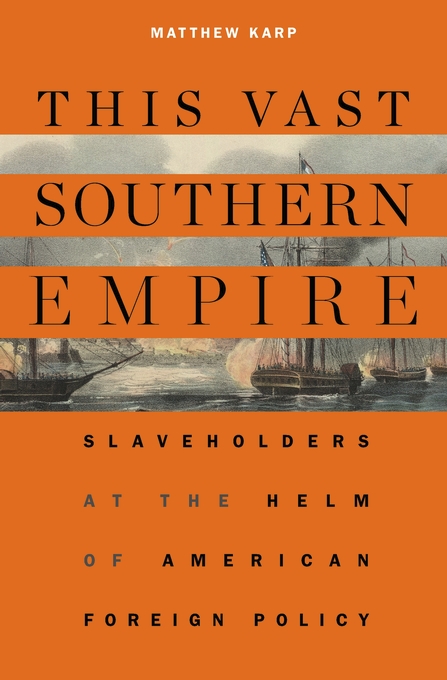 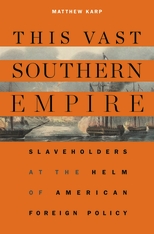 When the United States emerged as a world power in the years before the Civil War, the men who presided over the nation’s triumphant territorial and economic expansion were largely southern slaveholders. As presidents, cabinet officers, and diplomats, slaveholding leaders controlled the main levers of foreign policy inside an increasingly powerful American state. This Vast Southern Empire explores the international vision and strategic operations of these southerners at the commanding heights of American politics.

For proslavery leaders like John C. Calhoun and Jefferson Davis, the nineteenth-century world was torn between two hostile forces: a rising movement against bondage, and an Atlantic plantation system that was larger and more productive than ever before. In this great struggle, southern statesmen saw the United States as slavery’s most powerful champion. Overcoming traditional qualms about a strong central government, slaveholding leaders harnessed the power of the state to defend slavery abroad. During the antebellum years, they worked energetically to modernize the U.S. military, while steering American diplomacy to protect slavery in Brazil, Cuba, and the Republic of Texas.

As Matthew Karp demonstrates, these leaders were nationalists, not separatists. Their “vast southern empire” was not an independent South but the entire United States, and only the election of Abraham Lincoln broke their grip on national power. Fortified by years at the helm of U.S. foreign affairs, slaveholding elites formed their own Confederacy—not only as a desperate effort to preserve their property but as a confident bid to shape the future of the Atlantic world.