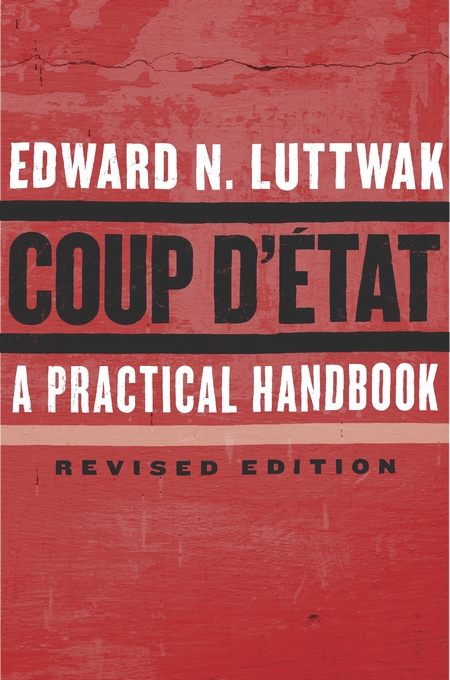 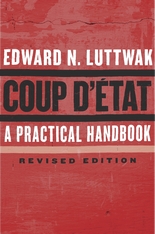 “Additions bringing this work into the twenty-first century include Luttwak’s observations about how coup plotters in the age of the internet must now take control of more than the central television station to control public propaganda… It offers as much wisdom on the counter-coup as on the coup itself… It remains in print more than forty years after it was written and still commands sales. The reason may be that it is a good read: wry, observant and practical.”—Charles Glass, Times Literary Supplement

“This short book is…wicked, truthful, and entertaining. The author, after outlining a step-by-step procedure for bringing about a coup, analyzes modern (post–Second World War) coups, and points out why some succeeded and others failed.”—New Yorker

“An extraordinarily competent and well-written work, displaying very wide knowledge of the ways in which coups, both successful and unsuccessful, have actually been organized.”—Times Literary Supplement

“Coup d’État demonstrates that scholarly analysis can be good social science and at the same time fun to read. It is nontechnical in approach and informal in style… Moreover, Edward Luttwak’s familiarity with the basic concepts and problems of political science is evident throughout. He is seldom superficial and never trivial in his treatment of his subject. The result is a book of value to everyone interested in the sudden changes of government that occur so frequently in many parts of the world and also curious as to why they so often seem to result in more of the same… We can all have the satisfaction of understanding the strategies and techniques employed, and we can enjoy learning them from this lucid and witty book.”—Virginia Quarterly Review