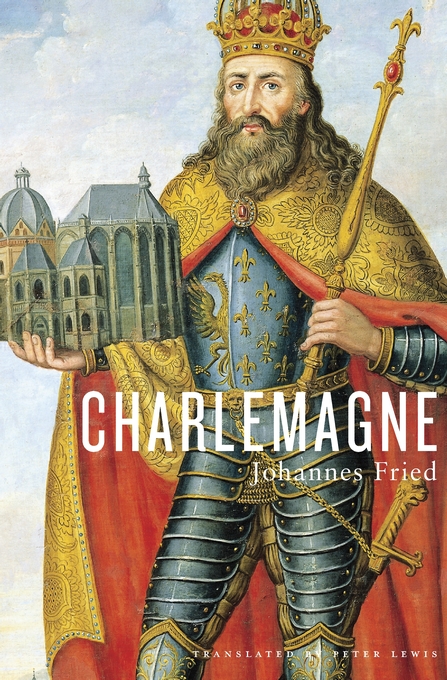 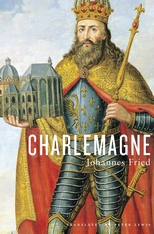 “Charlemagne is relentless in the accumulation of detail and austerely comprehensive in its endnotes… This Charles the Great is unmistakably Karl der Grosse… Matching the mood of our times, blood-flecked Realpolitik and smoldering religious intolerance are very much to the fore… Few [Charlemagne biographies] capture so well the unlovely realities of Carolingian politics and the sheer technical difficulty of ruling a medieval empire in the absence of a state apparatus.”—Michael Kulikowski, The Wall Street Journal

“For those who wish to grapple with Charlemagne’s life in its entirety, without false certainties, Fried’s book is the best choice.”—Andrew Moravcsik, Foreign Affairs

“Fried is a retired professor of medieval history but also thoroughly contemporary, a gleeful debunker who spends many pages demonstrating that the relatively few ‘known facts’ about Charlemagne rest on shaky foundations… The biography offers a first-rate survey of the war-torn eighth century.”—Brian Bethune, Maclean’s

“[A] big, immensely satisfying life of the semi-legendary medieval Frankish king Charlemagne…[and] expertly translated by Peter Lewis… Instead of a legend, Fried builds a convincingly three-dimensional portrait of a man—a complicated, forceful, often contradictory man… There has never been a Charlemagne biography to appear in English that comes close to matching this big book from Fried… Fried has come as close as we’re every likely to get to knowing the man.”—Steve Donoghue, Open Letters Monthly

“An engaging and delightful read. It is well placed to foster curiosity and shed light on a lesser known period of history and this ‘late dark-age’ king… Lewis’s translation of Fried’s work is successful in exposing a side of Charlemagne that most works do not. The translation provides English readers with a considered account of Charlemagne’s educational ideals, his relationship with Christianity and the Papacy and his attempts to construct a unified kingdom in something of an unstable world. The author creates a Charlemagne who tried his best to provide for his people in their physical lives as well as their afterlives… It is one of the most accessible and perhaps well-rounded accounts of Charlemagne currently available.”—Sara Perley, LSE Review of Books

“Johannes Fried has put forth a valiant effort in untangling the wheat from the chaff in Charles the Great’s life. Charlemagne is viewed as a flawed leader who cared about his kingdom and his religion, even if his approach could be questioned. An excellent view of a mysterious monarch.”—Philip Zozzaro, Seattle Book Review

“In this splendid biography, Fried shows that Charlemagne remains a figure to be reckoned with even 12 centuries after his death. The book, excellently translated by [Peter] Lewis, is arranged by topic, rather than chronology. This format helps to clearly present a broad picture… This is a magisterial study of the life and times of the Frankish king who became the first Holy Roman Emperor.”—Publishers Weekly