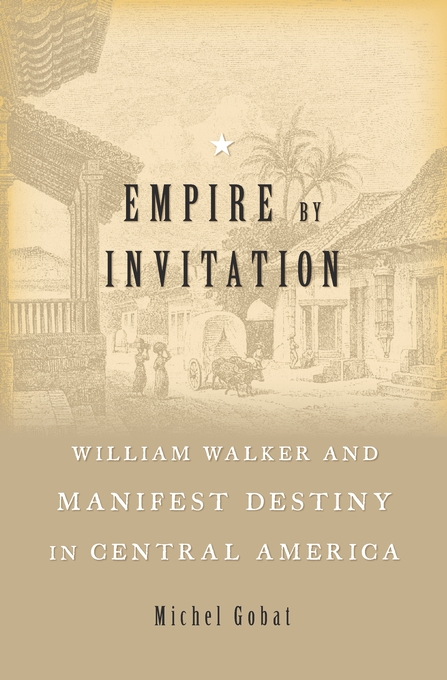 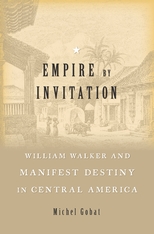 Michel Gobat traces the untold story of the rise and fall of the first U.S. overseas empire to William Walker, a believer in the nation’s manifest destiny to spread its blessings not only westward but abroad as well.

In the 1850s Walker and a small group of U.S. expansionists migrated to Nicaragua determined to forge a tropical “empire of liberty.” His quest to free Central American masses from allegedly despotic elites initially enjoyed strong local support from liberal Nicaraguans who hoped U.S.-style democracy and progress would spread across the land. As Walker’s group of “filibusters” proceeded to help Nicaraguans battle the ruling conservatives, their seizure of power electrified the U.S. public and attracted some 12,000 colonists, including moral reformers. But what began with promises of liberation devolved into a reign of terror. After two years, Walker was driven out.

Nicaraguans’ initial embrace of Walker complicates assumptions about U.S. imperialism. Empire by Invitation refuses to place Walker among American slaveholders who sought to extend human bondage southward. Instead, Walker and his followers, most of whom were Northerners, must be understood as liberals and democracy promoters. Their ambition was to establish a democratic state by force. Much like their successors in liberal-internationalist and neoconservative foreign policy circles a century later in Washington, D.C., Walker and his fellow imperialists inspired a global anti-U.S. backlash. Fear of a “northern colossus” precipitated a hemispheric alliance against the United States and gave birth to the idea of Latin America.