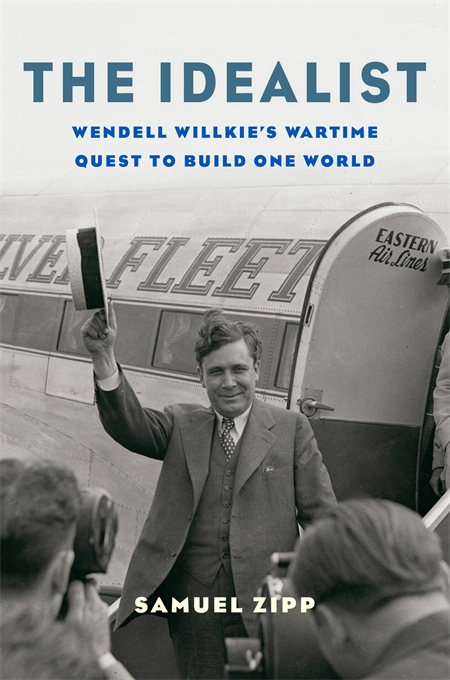 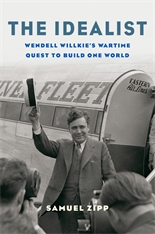 “The Idealist is a powerful book, gorgeously written and consistently insightful. Samuel Zipp uses the 1942 world tour of Wendell Willkie to examine American attitudes toward internationalism, decolonization, and race in the febrile atmosphere of the world’s first truly global conflict.”
—Andrew Preston, author of Sword of the Spirit, Shield of Faith

A dramatic account of the plane journey undertaken by businessman-turned-maverick-internationalist Wendell Willkie to rally U.S. allies to the war effort. Willkie’s tour of a planet shrunk by aviation and war inspired him to challenge Americans to fight a rising tide of nationalism at home.

In August 1942, as the threat of fascism swept the world, a charismatic Republican presidential contender boarded the Gulliver at Mitchel Airfield for a seven-week journey around the world. Wendell Willkie covered 31,000 miles as President Roosevelt’s unofficial envoy. He visited the battlefront in North Africa with General Montgomery, debated a frosty de Gaulle in Beirut, almost failed to deliver a letter to Stalin in Moscow, and allowed himself to be seduced by Chiang Kai-shek in China. Through it all, he was struck by the insistent demands for freedom across the world.

In One World, the runaway bestseller he published on his return, Willkie challenged Americans to resist the “America first” doctrine espoused by the war’s domestic opponents and warned of the dangers of “narrow nationalism.” He urged his fellow citizens to end colonialism and embrace “equality of opportunity for every race and every nation.” With his radio broadcasts regularly drawing over 30 million listeners, he was able to reach Americans directly in their homes. His call for a more equitable and interconnected world electrified the nation, until he was silenced abruptly by a series of heart attacks in 1944. With his death, America lost its most effective globalist, the man FDR referred to as “Private Citizen Number One.”

At a time when “America first” is again a rallying cry, Willkie’s message is at once chastening and inspiring, a reminder that “one world” is more than a matter of supply chains and economics, and that racism and nationalism have long been intertwined.