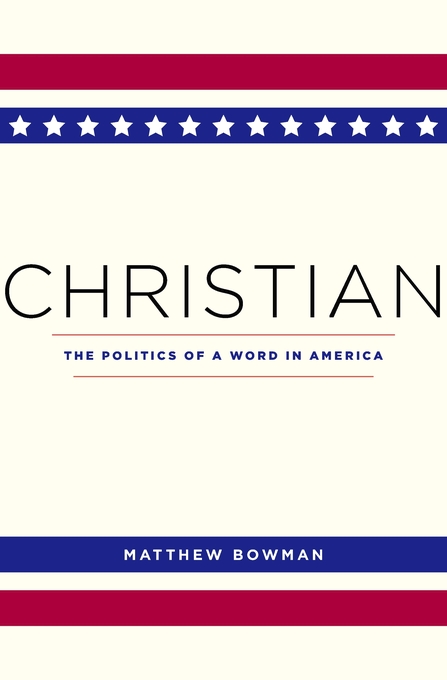 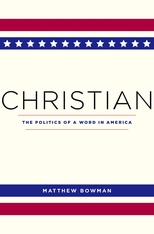 “Bowman looks to tease out how religious groups in American history have defined, used, and even wielded the word Christian as a means of understanding themselves and pressing for their own idiosyncratic visions of genuine faith and healthy democracy… Make[s] for an interesting ride through some familiar and forgotten terrain in American religious history.”—Micah Watson, The Christian Century

“Wise and absorbing… In the last three hundred years [the term ‘Christian’ has] been used in every conceivable partisan way, as invitation and bludgeon, as warning and password. In deeply-researched chapters ranging across the whole of American history but concentrating on the last 100 years, Bowman takes readers through an impressively wide-ranging examination of the many roles Christianity has played in society… Bowman’s insights are clear and well-put.”—Steve Donoghue, Open Letters Review

“A thought-provoking series of case studies that charts the long history of Christian political rhetoric in the United States… Most striking for our current political moment may be Bowman’s attention to the ways the politically powerful have used Christianity to claim a divine right to govern, derived—as they saw it—from the superiority of a racialized white Christian cultural heritage. Bowman, in this rigorous study, persuasively argues that Christianity has shaped a collective understanding of the national past and continues to lend spiritual weight to competing visions for America’s future.”—Publishers Weekly (starred review)

“Bowman…illustrate[s] some of the ways in which Americans have used the language of Christianity to justify wildly diverse social and political perspectives about concepts such as liberty, equality, and democracy… This fascinating book will appeal to readers interested in understanding the historical complexities of a ubiquitous word in American politics that is deceptively difficult to pin down.”—Brian Sullivan, Library Journal

“Demonstrates with depth and clarity the ongoing struggle over the relationship between Christianity and politics… Well researched and thoroughly engaging, this volume is a masterful achievement that blends scholarship and readability. Without a doubt, historians of religion should incorporate Bowman’s work in their courses on American religious history.”—Choice

“Bowman is fast establishing a reputation as a significant commentator on the culture and politics of the United States.”—David Martin, Church Times

“Bowman tells the rich and complex story of how the term ‘Christian’ moved rightward from the Civil War to the present, through a series of fascinating chapters that cover unusual and unexpected topics. Anyone who wants to know why ‘Christian nation’ has come to mean what it does today will want to read this expertly argued book.”—Paul Harvey, author of Christianity and Race in the American South

“A timely and important book. Matthew Bowman brilliantly recovers a now long-forgotten history, in which Americans debated the meaning of ‘Christian Civilization’ and in which evangelicals and conservative politicians made the politics of Christianity their exclusive terrain. Christian is essential reading for anyone wanting to understand the trajectory of twentieth-century American culture and politics.”—John G. Turner, author of The Mormon Jesus

“Spanning American history from Reconstruction to the present, Bowman’s book shows that the word ‘Christian’ has persistently borne political and cultural meanings that far transcend theological beliefs and religious practices. Elegantly written, deeply researched, and persuasively argued, Christian sets a gold standard for serious scholarship about a topic that matters.”—Grant Wacker, author of America’s Pastor: Billy Graham and the Shaping of a Nation

“Bowman plunges us headlong into the political tensions behind American Christianity… Bowman illustrates through a series of anecdotes that Christianity has had changeable and politically convenient definitions from the end of the Civil War through the present day… A fascinating examination of the twists and turns in American Christianity, showing that the current state of political/religious alignment was not necessarily inevitable, nor even probable.”—Steven Evans, Deseret News