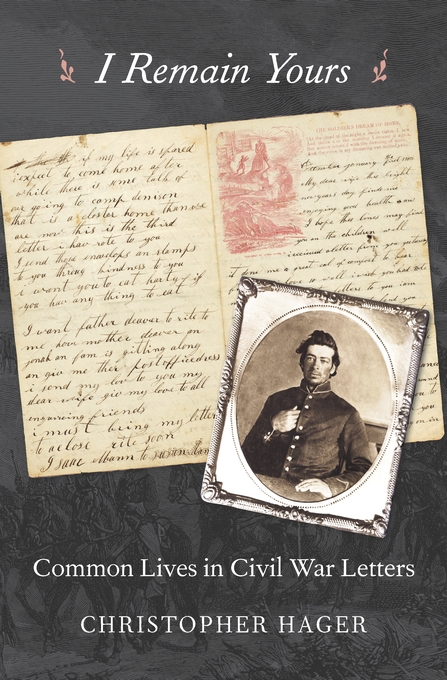 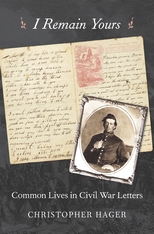 When North and South went to war, millions of American families endured their first long separation. For men in the armies—and their wives, children, parents, and siblings at home—letter writing was the sole means to communicate. Yet for many of these Union and Confederate families, taking pen to paper was a new and daunting task. I Remain Yours narrates the Civil War from the perspective of ordinary people who had to figure out how to salve the emotional strain of war and sustain their closest relationships using only the written word.

Christopher Hager presents an intimate history of the Civil War through the interlaced stories of common soldiers and their families. The previously overlooked words of a carpenter from Indiana, an illiterate teenager from Connecticut, a grieving mother in the mountains of North Carolina, and a blacksmith’s daughter on the Iowa prairie reveal through their awkward script and expression the personal toll of war. Is my son alive or dead? Returning soon or never? Can I find words for the horrors I’ve seen or the loneliness I feel? Fear, loss, and upheaval stalked the lives of Americans straining to connect the battlefront to those they left behind.

Hager shows how relatively uneducated men and women made this new means of communication their own, turning writing into an essential medium for sustaining relationships and a sense of belonging. Letter writing changed them and they in turn transformed the culture of letters into a popular, democratic mode of communication.