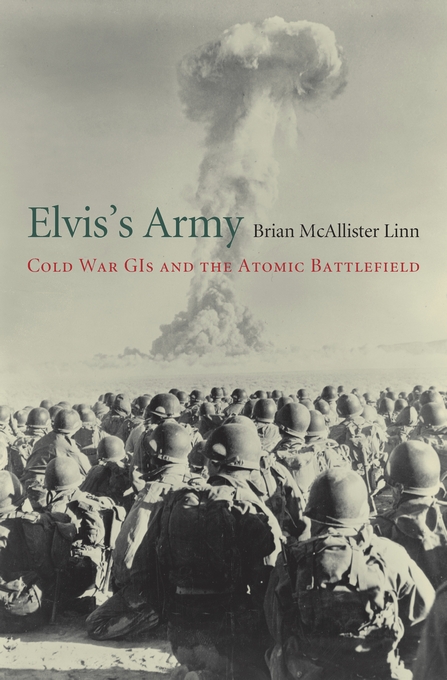 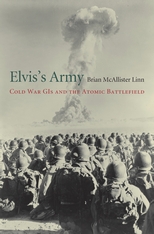 When the U.S. Army drafted Elvis Presley in 1958, it quickly set about transforming the King of Rock and Roll from a rebellious teen idol into a clean-cut GI. Trading in his gold-trimmed jacket for standard-issue fatigues, Elvis became a model soldier in an army facing the unprecedented challenge of building a fighting force for the Atomic Age.

In an era that threatened Soviet-American thermonuclear annihilation, the army declared it could limit atomic warfare to the battlefield. It not only adopted a radically new way of fighting but also revamped its equipment, organization, concepts, and training practices. From massive garrisons in Germany and Korea to nuclear tests to portable atomic weapons, the army reinvented itself. Its revolution in warfare required an equal revolution in personnel: the new army needed young officers and soldiers who were highly motivated, well trained, and technologically adept. Drafting Elvis demonstrated that even this icon of youth culture was not too cool to wear the army’s uniform.

The army of the 1950s was America’s most racially and economically egalitarian institution, providing millions with education, technical skills, athletics, and other opportunities. With the cooperation of both the army and the media, military service became a common theme in television, music, and movies, and part of this generation’s identity. Brian Linn traces the origins, evolution, and ultimate failure of the army’s attempt to transform itself for atomic warfare, revealing not only the army’s vital role in creating Cold War America but also the experiences of its forgotten soldiers.