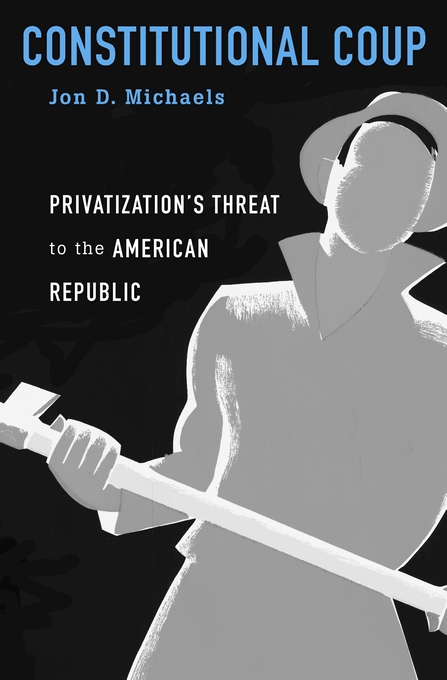 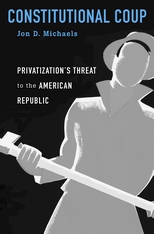 Privatization’s Threat to the American Republic

Americans have a love-hate relationship with government. Rejecting bureaucracy—but not the goods and services the welfare state provides—Americans have demanded that government be made to run like a business. Hence today’s privatization revolution.

But as Jon D. Michaels shows, separating the state from its public servants, practices, and institutions does violence to our Constitution, and threatens the health and stability of the Republic. Constitutional Coup puts forward a legal theory that explains the modern welfare state as a worthy successor to the framers’ three-branch government.

What legitimates the welfare state is its recommitment to a rivalrous system of separation of powers, in which political agency heads, career civil servants, and the public writ large reprise and restage the same battles long fought among Congress, the president, and the courts. Privatization now proclaims itself as another worthy successor, this time to an administrative state that Americans have grown weary of. Yet it is a constitutional usurper. Privatization dismantles those commitments to separating and checking state power by sidelining rivalrous civil servants and public participants.

Constitutional Coup cements the constitutionality of the administrative state, recognizing civil servants and public participants as necessary—rather than disposable—components. Casting privatization as an existential constitutional threat, it underscores how the fusion of politics and profits commercializes government—and consolidates state power in ways both the framers and administrative lawyers endeavored to disaggregate. It urges—and sketches the outlines of—a twenty-first-century bureaucratic renaissance.