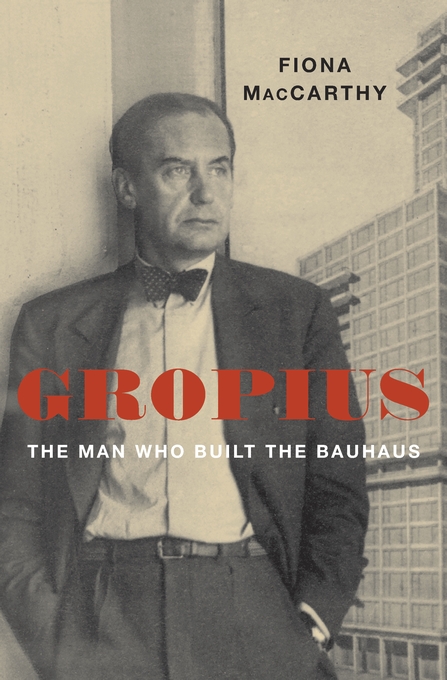 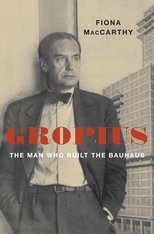 The Man Who Built the Bauhaus

“A riveting book about a man who nurtured a vastly ambitious project through extraordinary times.”—The Economist

“MacCarthy transforms [Gropius] from a dull institutionalist—head of the Bauhaus and, later, prominent professor at the Harvard Graduate School of Design—into a stylistic rebel who lived and loved in an exuberant community of artist outcasts that would be scattered across the world after Weimar Germany became the Third Reich. Whereas critics of the Bauhaus have seen it as the harbinger of giant faceless office towers and superhighways slicing through cities, MacCarthy presents the school as a fount of idealism: both an artistic collective, surging with creative energy, and a political project briefly filled with the angst and élan of a lost generation soon to be crushed by Hitler. Most of all, MacCarthy shows that Gropius’s true legacy was the talent he nurtured in others—I. M. Pei, Philip Johnson, Paul Klee, Marcel Breuer, and Wassily Kandinsky, to name but a few.”—The New Republic

“MacCarthy is out to change wrong-headed perceptions in her biography… Rather than giving us a portrait of a mechanical architectural rationalist, she underscores Gropius’s humanity, and how that inspired his visionary philosophy as well as the consummate aesthetic courage he showed through an extremely volatile, even dangerous, political age.”—Mark Favermann, Arts Fuse

“A luminous, vigorous study of a prodigiously gifted man driven by singular passion.”—Hyperallergic

“MacCarthy makes a compelling case for the architect as an impassioned idealist and romantic… An incredibly readable and rounded biography and gives credit where it’s due to the formidable women who shaped him.”—Literary Review

“A comprehensive biography of the figure whom the painter Paul Klee, a teacher at the Bauhaus, called ‘the silver prince.’”—Dan Chiasson, The New Yorker

“A great read, suitable for the beach, which Gropius and other Bauhäusler loved, from the banks of the Elbe to Cape Cod… An account of the sentimental journey of one of the most influential architects and pedagogues of the 20th century.”—Barry Bergdoll, The Architect’s Newspaper

“For those craving a bit more personal insight into the life of the notoriously uptight Walter Gropius, Fiona MacCarthy’s biography will be sure to scratch that itch.”—Jonathan Hilburg, The Architect’s Newspaper

“[A] revelatory biography… Strikingly readable… Gropius emerges here as a kind of obsessive, passionate genius… Transforms our understanding of the history and significance not only of Gropius but of the group of 1930s innovators who comprised the movement.”—The Arts Desk

“MacCarthy’s enjoyable biography is an impressive achievement, finally giving us not just Gropius the architect in black and white, but the human being in full color.”—The Evening Standard

“[Gropius’s] achievements overshadow the man and it’s the great virtue of Fiona MacCarthy’s biography to bring this austere figure to life.”—Michael Webb, Form

“MacCarthy’s book doesn’t claim to offer deep analysis of all of Gropius’s or the Bauhaus’s artistic output. But, as a way of bringing the human stories of this extraordinary phenomenon to life, it’s hard to beat.”—The Guardian

“[A] meticulously researched, balanced and brilliantly written biography… MacCarthy refuses the often ill-researched reductionist characterizations of Gropius as the arrogant, dour modernist. Instead, she passionately weaves a gripping and powerful narrative deserving of a wide audience while also making for essential reading for anyone studying architecture and design.”—The Irish Times

“[A] comprehensive portrait of the German-born architect best known for founding the Bauhaus… MacCarthy offers a buoyant account of her subject’s life.”—Booklist

“Presents a lively portrait of this seminal figure. The book brims with personal details… This is an enjoyable, well-written portrait of a giant of 20th-century modernism.”—Choice

“MacCarthy brings insight and sensitivity to a sweeping, penetrating life of Walter Gropius… She produces a multidimensional portrait of a towering, complex figure… Engrossing, impressively researched, and keenly perceptive.”—Kirkus Reviews

“A complex narrative about a complex man. Fiona MacCarthy’s richly detailed biography of Walter Gropius, one of the twentieth century’s most influential architects, reads like a detective story.”—Moshe Safdie, founding principal of Moshe Safdie Architects

“Saint or sinner? Visionary or myopic? In the century since the Bauhaus opened, its founder Walter Gropius has been lionised and demonised. Did Gropius inspire the world’s most influential and humane art school, or was he the evil genius of miserable industrial culture? Fiona MacCarthy is Britain’s first and best writer on design. She rescues Gropius’s reputation in a book full of learning, insight, dry wit, and belief. Just like the man himself.”—Stephen Bayley, cofounder of the Design Museum, London, and author of Taste

“This is an absolute triumph—ideas, lives, and the dramas of the twentieth century are woven together in a feat of storytelling. A masterpiece.”—Edmund de Waal, ceramic artist and author of The White Road

“MacCarthy’s lucid biography shows Gropius as a man of ideas who has indelibly influenced how we conceive of and respond to the environments that shape our everyday lives.”—Mohsen Mostafavi, Dean and Alexander & Victoria Wiley Professor of Design, Harvard Graduate School of Design, and author of Structure as Space

“Gropius, too often dismissed as a chilly theorist, emerges in a clearer, subtler, and far more sympathetic light from Fiona MacCarthy’s wide-ranging and authoritative biography.”—Hilary Spurling, author of Matisse the Master