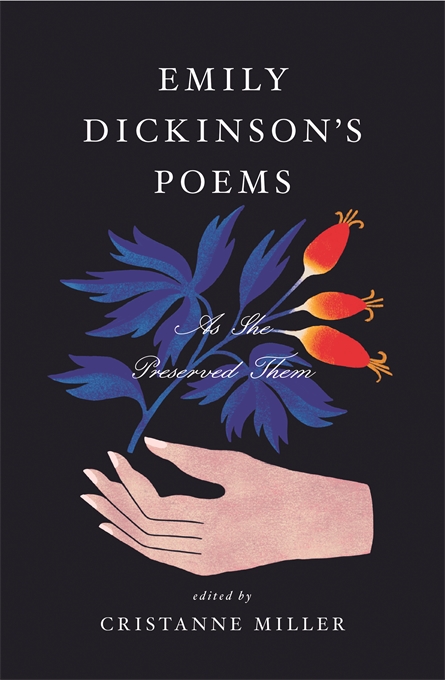 As She Preserved Them

Widely considered the definitive edition of Emily Dickinson’s poems, this landmark collection presents her poems here for the first time “as she preserved them,” and in the order in which she wished them to appear. It is the only edition of Dickinson’s complete poems to distinguish clearly those she took pains to copy carefully onto folded sheets in fair hand—presumably to preserve them for posterity—from the ones she kept in rougher form. It is also unique among complete editions in presenting the alternate words and phrases Dickinson chose to use on the copies of the poems she kept, so that we can peer over her shoulder and see her composing and reworking her own poems.

The world’s foremost scholar of Emily Dickinson, Cristanne Miller, guides us through these stunning poems with her deft and unobtrusive notes, helping us understand the poet’s quotations and allusions, and explaining how she composed, copied, and circulated her poems. Miller’s brilliant reordering of the poems transforms our experience of them.

A true delight, this award-winning collection brings us closer than we have ever been to the writing practice of one of America’s greatest poets. With its clear, uncluttered page and beautiful production values, it is a gift for students of Emily Dickinson and for anyone who loves her poems.