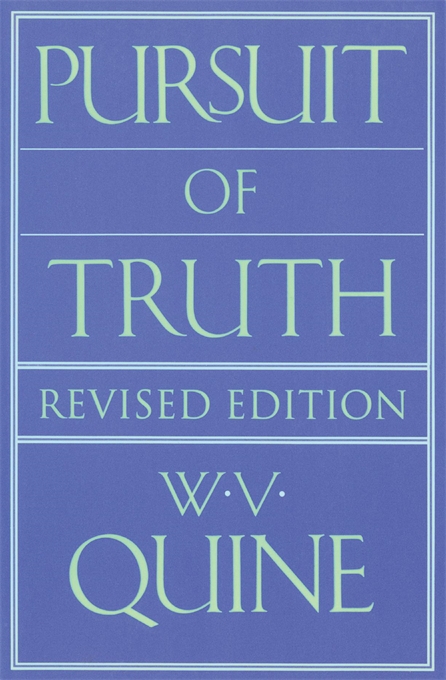 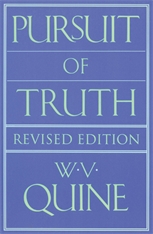 In Pursuit of Truth W. V. Quine gives us his latest word on issues to which he has devoted many years. As he says in the preface: “In these pages I have undertaken to update, sum up, and clarify my variously intersecting views on cognitive meaning, objective reference, and the grounds of knowledge.”

The pursuit of truth is a quest that links observation, theory, and the world. Various faulty efforts to forge such links have led to much intellectual confusion. Quine’s efforts to get beyond the confusion begin by rejecting the very idea of binding together word and thing, rejecting the focus on the isolated word. For him, observation sentences and theoretical sentences are the alpha and omega of the scientific enterprise. Notions like “idea” and ”meaning” are vague, but a sentence—now there’s something you can sink your teeth into. Starting thus with sentences, Quine sketches an epistemological setting for the pursuit of truth. He proceeds to show how reification and reference contribute to the elaborate structure that can indeed relate science to its sensory evidence.

In this book Quine both summarizes and moves ahead. Rich, lively chapters dissect his major concerns: evidence, reference, meaning, intention, and truth. “Some points,” he writes, “have become clearer in my mind in the eight years since Theories and Things. Some that were already clear in my mind have become clearer on paper. And there are some that have meanwhile undergone substantive change for the better.”

This is a key book for understanding the effort that a major philosopher has made a large part of his life’s work: to naturalize epistemology in the twentieth century. The book is concise and elegantly written, as one would expect, and does not assume the reader’s previous acquaintance with Quine’s writings. Throughout, it is marked by Quine’s wit and economy of style.