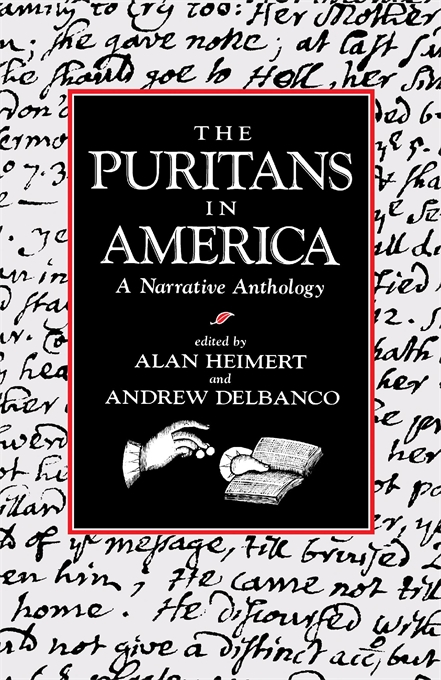 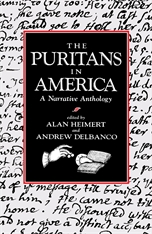 The Puritans in America

The whole destiny of America is contained in the first Puritans who landed on these shores, wrote de Tocqueville. These newcomers, and the range of their intellectual achievements and failures, are vividly depicted in The Puritans in America. Exiled from England, the Puritans settled in what Cromwell called “a poor, cold, and useless” place—where they created a body of ideas and aspirations that were essential in the shaping of American religion, politics, and culture.

In a felicitous blend of documents and narrative Alan Heimert and Andrew Delbanco recapture the sweep and restless change of Puritan thought from its incipient Americanism through its dominance in New England society to its fragmentation in the face of dissent from within and without. A general introduction sketches the Puritan environment, and shorter introductions open each of the six sections of the collection. Thirty-eight writers are included—among these Cotton, Bradford, Bradstreet, Winthrop, Rowlandson, Taylor, and the Mathers—as well as the testimony of Anne Hutchinson and documents illustrating the witchcraft crisis. The works, several of which are published here for the first time since the seventeenth century, are presented in modern spelling and punctuation.

Despite numerous scholarly probings, Puritanism remains resistant to categories, whether those of Perry Miller, Max Weber, or Christopher Hill. This new anthology—the first major interpretive collection in nearly fifty years—reveals the beauty and power of Puritan literature as it emerged from the pursuit of self-knowledge in the New World.