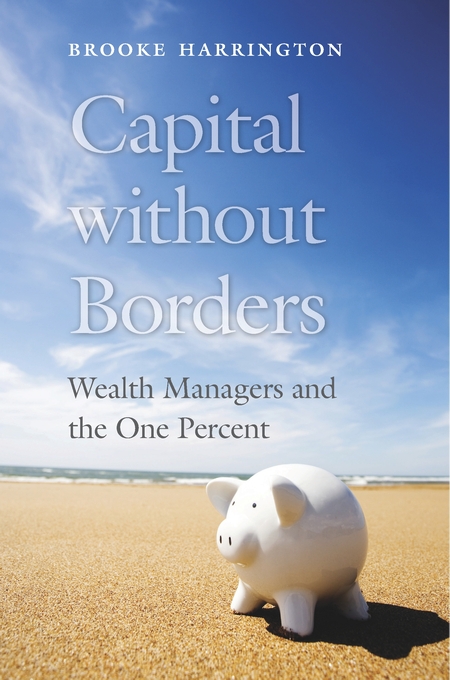 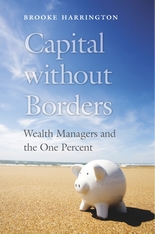 Wealth Managers and the One Percent

“Offers a timely account of how the 1% holds on to their wealth… [It] ought to keep wealth managers awake at night… Harrington’s book ought to make professionals involved in wealth management aware that they are operating in an ‘ethical gray area’ and engage in the national discourse on inequality that has been gathering momentum since Thomas Piketty’s Capital in the Twenty-First Century.”—Aifric Campbell, Wall Street Journal

“Harrington advises governments seeking to address inequality to focus not only on the rich but also on the professionals who help them game the system.”—Richard Cooper, Foreign Affairs

“[Harrington’s] account of the social, cultural, and financial intricacies of this profession—about two-thirds of the book—is no small feat… Harrington helps dispel two of the most pernicious myths underlying America’s overly tolerant attitude toward the extremely rich: first, that they deserve to be so, and second, that the rest of us might one day be extremely rich too.”—Sam Adler-Bell, Commonweal

“Capital without Borders offers an in-depth look into the wealth management profession… This is an important work for our increasingly unequal world. Instead of uncritically blaming the wealthy and the super-rich or national and state governments, it is high time to focus our attention on the brokers, intermediaries and agents who constitute the ‘middleman economy‘ of global inequality.”—Sin Yee Koh, LSE Review of Books

“Brooke Harrington’s study of wealth management is one of those rare books where you just have to stand back in awe and wonder at the author’s achievement. In this intensely readable study, she offers a first-ever scholarly insight into a profession that was almost unknown a little over two decades ago… Harrington offers profound insights into the world of the professional people who dedicate their lives to meeting the perceived needs of the world’s ultra-wealthy. And, as she makes clear, the most apparently compelling of those needs is to avoid the rule of law… Don’t doubt the importance of this book’s messages: this is a significant and valuable case study at the current frontier of political economy.”—Richard J. Murphy, Times Higher Education

“[Harrington] lifts the veil of the wealth management profession… A useful volume for tax policymakers and tax inspectors, the book is also timely: the leak of documents from Panama-based law firm and corporate service provider Mossack Fonseca—known as the Panama papers—led the G20 to improve transparency and exchange of information to stop tax evasion and avoidance by offshore financial centers.”—Kiyoshi Nakayama, Finance & Development

“An edifying snapshot of a brave new world of capitalist impunity.”—Chris Lehmann, In These Times

“Brook Harrington has written a book that few sociologists could manage. She has gained access to the world of the super-rich… It is an ethnography of elites and elites at a level that have rarely been studied through participant observation and interview. The access achieved by Harrington is quite exceptional.”—Scott Grills, Symbolic Interaction

“Capital without Borders: Wealth Managers and the One Percent is an innovative approach to addressing a problem that is even more pressing than income inequality—wealth inequality… The book is rich in fascinating detail, from the historical roots of wealth management to a description of a state system that might be called the ‘parasitic twin’ of the Westphalian model. Capital without Borders is a book that everyone who cares about fairness, the rule of law, and equal opportunity should read. Even if, or perhaps especially if, you’re in the ‘one percent.’”—Brenda Jubin, ValueWalk

“In this remarkable work, Harrington relays in-depth interviews with wealth managers for the ultra-rich, building on her previous publications on financial markets and fraud… This work adds unique insights into the extraordinary trust between wealth managers and their rich clients, as well as other nuggets of insight.”—M. Larudee, Choice

“Beautifully written, this book opens a window into the fascinating world of wealth managers for the world’s super-rich. I know of no other book even remotely like it.”—John L. Campbell, Dartmouth College

“Brooke Harrington shines a light into the shadowy and little-understood subject of wealth management. Using in-depth interviews and participant observations, she reviews the tools of the trade of financial advisors and shows the implications for economic inequality, political power, and societal organization. This is an important book on a pivotal profession for those concerned about how the top one percent make and keep their money.”—Darrell West, The Brookings Institution