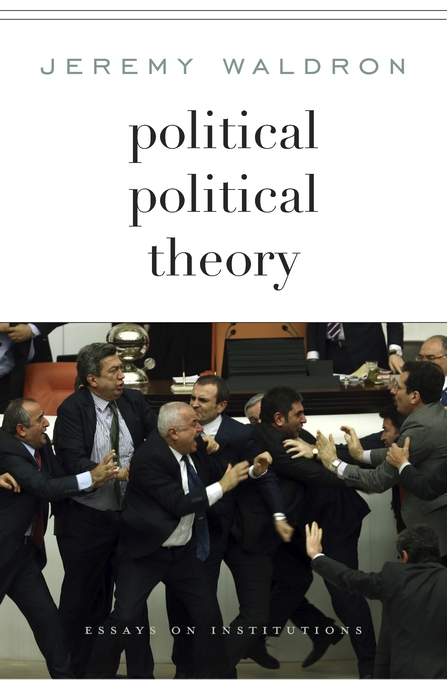 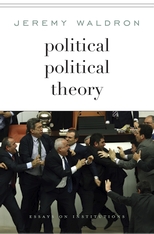 Political institutions are the main subject of political theory—or they ought to be. Making the case with his trademark forcefulness and intellectual aplomb, Jeremy Waldron argues in favor of reorienting the theory of politics toward the institutions and institutional principles of modern democracy and the mechanisms through which democratic ideals are achieved.

Too many political theorists are preoccupied with analyzing the nature and importance of justice, liberty, and equality, at the cost of ignoring the governmental institutions needed to achieve them. By contrast, political scientists have kept institutions in view, but they deploy a meager set of value-conceptions in evaluating them. Reflecting on an array of issues about constitutional structure, Waldron considers the uses and abuses of diverse institutions and traditions, from separation of powers and bicameralism to judicial review of legislation, the principle of loyal opposition, the nature of representation, political accountability, and the rule of law. He refines his well-known argument about the undemocratic character of judicial review, providing a capacious perspective on the proper role of courts in a constitutional democracy, and he offers an illuminating critique of the contrasting political philosophies of Hannah Arendt and Isaiah Berlin.

Even if political theorists remain fixated on expounding the philosophical foundations of democracy, they need to complement their work with a firmer grasp of the structures through which democracy is realized. This is what political political theory means: theory addressing itself to the way political institutions frame political disagreements and orchestrate resolutions to our disputes over social ideals.