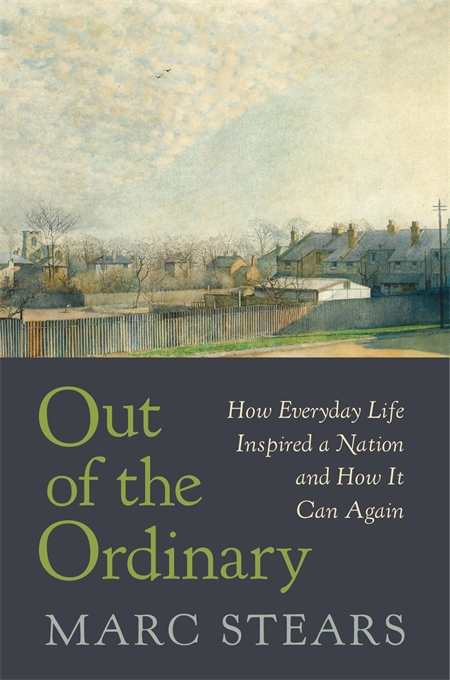 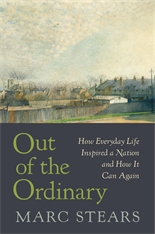 Out of the Ordinary

How Everyday Life Inspired a Nation and How It Can Again

From a major British political thinker and activist, a passionate case that both the left and right have lost their faith in ordinary people and must learn to find it again.

This is an age of polarization. It’s us vs. them. The battle lines are clear, and compromise is surrender.

As Out of the Ordinary reminds us, we have been here before. From the 1920s to the 1950s, in a world transformed by revolution and war, extreme ideologies of left and right fueled utopian hopes and dystopian fears. In response, Marc Stears writes, a group of British writers, artists, photographers, and filmmakers showed a way out. These men and women, including J. B. Priestley, George Orwell, Barbara Jones, Dylan Thomas, Laurie Lee, and Bill Brandt, had no formal connection to one another. But they each worked to forge a politics that resisted the empty idealisms and totalizing abstractions of their time. Instead they were convinced that people going about their daily lives possess all the insight, virtue, and determination required to build a good society. In poems, novels, essays, films, paintings, and photographs, they gave witness to everyday people’s ability to overcome the supposedly insoluble contradictions between tradition and progress, patriotism and diversity, rights and duties, nationalism and internationalism, conservatism and radicalism. It was this humble vision that animated the great Festival of Britain in 1951 and put everyday citizens at the heart of a new vision of national regeneration.

A leading political theorist and a veteran of British politics, Stears writes with unusual passion and clarity about the achievements of these apostles of the ordinary. They helped Britain through an age of crisis. Their ideas might do so again, in the United Kingdom and beyond.