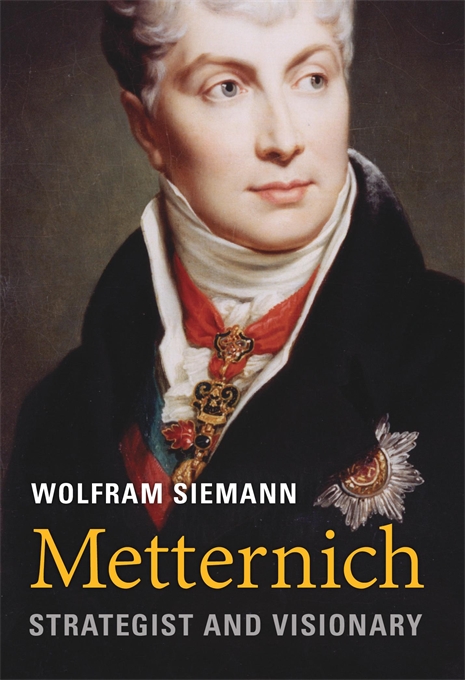 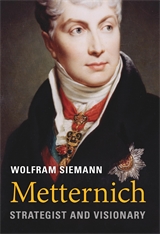 “A superb biographical portrait and work of historical analysis…Let us hope that it will serve if not as a manual then at least as an inspiration—good statesmanship is needed more than ever.”—Brendan Simms, Wall Street Journal

“Brilliantly refreshes our understanding of Metternich and his era…[He] was an intellectual in politics of a kind now rare.”—Christopher Clark, London Review of Books

“Succeed[s] in forcing readers to wonder whether Metternich’s efforts to defend an essentially conservative order against populists and terrorists are so different from the struggles that liberal democracies face today.”—Andrew Moravcsik, Foreign Affairs

A compelling new biography that recasts the most important European statesman of the first half of the nineteenth century, famous for his alleged archconservatism, as a friend of realpolitik and reform, pursuing international peace.

Metternich has a reputation as the epitome of reactionary conservatism. Historians treat him as the archenemy of progress, a ruthless aristocrat who used his power as the dominant European statesman of the first half of the nineteenth century to stifle liberalism, suppress national independence, and oppose the dreams of social change that inspired the revolutionaries of 1848. Wolfram Siemann paints a fundamentally new image of the man who shaped Europe for over four decades. He reveals Metternich as more modern and his career much more forward-looking than we have ever recognized.

Clemens von Metternich emerged from the horrors of the Revolutionary and Napoleonic wars, Siemann shows, committed above all to the preservation of peace. That often required him, as the Austrian Empire’s foreign minister and chancellor, to back authority. He was, as Henry Kissinger has observed, the father of realpolitik. But short of compromising on his overarching goal Metternich aimed to accommodate liberalism and nationalism as much as possible. Siemann draws on previously unexamined archives to bring this multilayered and dazzling man to life. We meet him as a tradition-conscious imperial count, an early industrial entrepreneur, an admirer of Britain’s liberal constitution, a failing reformer in a fragile multiethnic state, and a man prone to sometimes scandalous relations with glamorous women.

Hailed on its German publication as a masterpiece of historical writing, Metternich will endure as an essential guide to nineteenth-century Europe, indispensable for understanding the forces of revolution, reaction, and moderation that shaped the modern world.