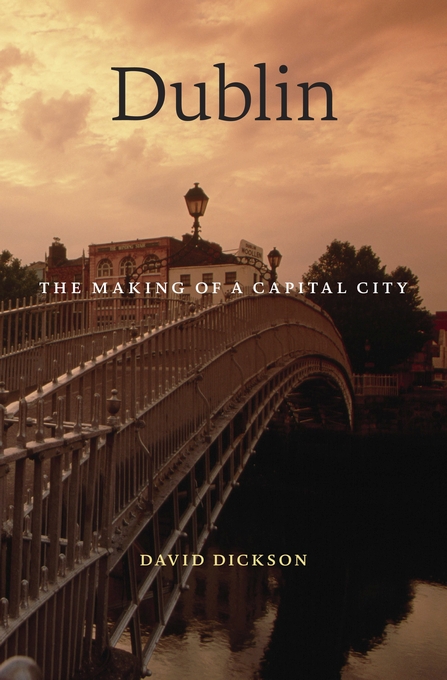 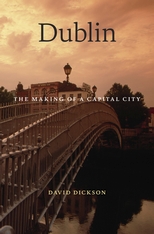 The Making of a Capital City

Dublin has experienced great—and often astonishing—change in its 1,400 year history. It has been the largest urban center on a deeply contested island since towns first appeared west of the Irish Sea. There have been other contested cities in the European and Mediterranean world, but almost no European capital city, David Dickson maintains, has seen sharper discontinuities and reversals in its history—and these have left their mark on Dublin and its inhabitants. Dublin occupies a unique place in Irish history and the Irish imagination. To chronicle its vast and varied history is to tell the story of Ireland.

David Dickson’s magisterial history brings Dublin vividly to life beginning with its medieval incarnation and progressing through the neoclassical eighteenth century, when for some it was the “Naples of the North,” to the Easter Rising that convulsed a war-weary city in 1916, to the bloody civil war that followed the handover of power by Britain, to the urban renewal efforts at the end of the millennium. He illuminates the fate of Dubliners through the centuries—clergymen and officials, merchants and land speculators, publishers and writers, and countless others—who have been shaped by, and who have helped to shape, their city. He reassesses 120 years of Anglo–Irish Union, during which Dublin remained a place where rival creeds and politics struggled for supremacy. A book as rich and diverse as its subject, Dublin reveals the intriguing story behind the making of a capital city.