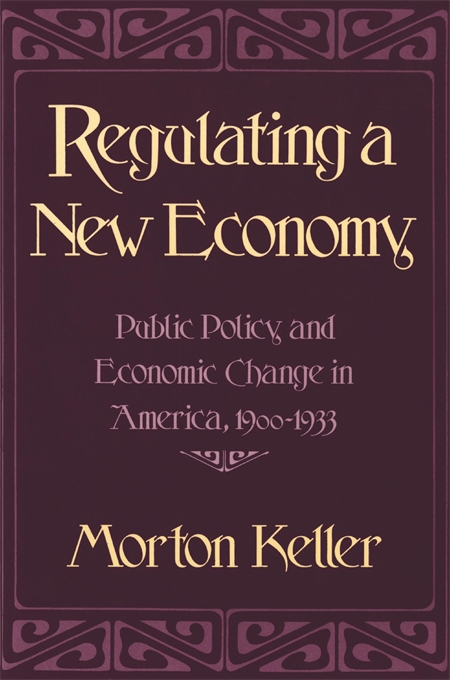 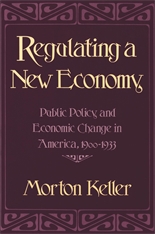 “Keller treats the reader to detailed accounts of how pre–New Deal bureaucrats and judges reinterpreted antitrust laws, developed entire systems of railroad and utility regulation, designed rules governing automobiles and their carriers, created an entire branch of law devoted to corporations…and established rules for banks and insurance companies. America’s regulators and judges were far busier before the New Deal than is commonly supposed.”—Robert B. Reich, The New Republic

“Beginning in 1977 with Affairs of State: Public Life in Late Nineteenth Century America, Morton Keller embarked on a major examination of the American polity from the Civil War to the New Deal. He piloted the project into the twentieth century with Regulating a New Economy, and now has added a companion volume, Regulating a New Society… Together [these books] constitute nothing less than the most exhaustive investigation of the American polity in this period ever undertaken.”—Alan Dawley, Journal of American History

“Keller observes that there were some striking similarities between the central concerns of American politics during the early decades of the twentieth century and the issues of today—for example, the status of women, the breakdown of families, racial and ethnic diversity, and abuses of power. Keller provides an extraordinary account of the public policies pursued in light of these concerns… [A] magisterial book.”—Martin Shefter, Journal of Interdisciplinary History

“This is an impressive synthesis of progressive era (and beyond) scholarship that, like its predecessors, will enjoy a long shelf-life and continue to give political history a good name.”—Edward D. Berkowitz, Journal of Social History

“This book is a pleasure to read and should be in the personal library of every scholar interested in twentieth-century social and political history… This extraordinarily well documented work covers the changes and struggles surrounding a diverse range of social policies.”—Alan Stone, The Review of Politics

“A work of exceptional breadth, scholarly elegance, and comparative richness… [It] ranges lucidly and deftly across the landscape of early 20th-century European and American society… Combining the virtuosity of a political, social, and legal historian, Keller breaks new ground in examining the impact of late 19th-century industrialization, urbanization, and immigration on such institutes as marriage and the family, church and state, and the criminal justice system… The book’s remarkably fresh insights reflect Keller’s view that contemporary public policy debates remain grounded in their Progressive Era origins.”—Choice