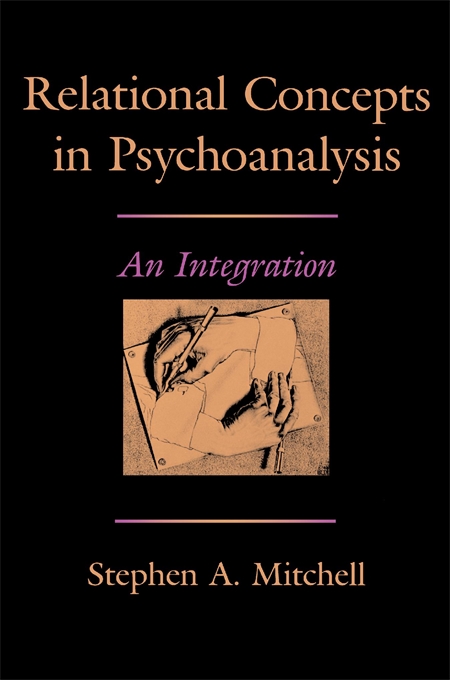 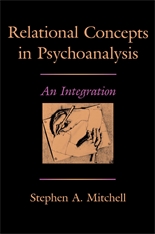 There are more psychoanalytic theories today than anyone knows what to do with, and the heterogeneity and complexity of the entire body of psychoanalytic though have become staggering. In Relational Concepts in Psychoanalysis, Stephen A. Mitchell weaves strands from the principal relational-model traditions (interpersonal psychoanalysis, British school object-relations theories, self psychology, and existential psychoanalysis) into a comprehensive approach to many of the knottiest problems and controversies in theoretical and clinical psychoanalysis.

Mitchell’s earlier book, Object Relations in Psychoanalytic Theory, co-authored with Jay Greenberg, set the stage for this current integration by providing a broad comparative analysis of important thinking on the nature of human relationships. In that classic study Greenberg and Mitchell distinguished between two basic paradigms: the drive model, in which relations with others are generated and shaped by the need for drive gratifications, and various relational models, in which relations themselves are taken as primary and irreducible. In Relational Concepts in Psychoanalysis, Mitchell argues that the drive model has since outlived its usefulness. The relational model, on the other hand, has been developed piecemeal by different authors who rarely acknowledge and explore the commonality of their assumptions or the rich complementarity of their perspectives.

In this bold effort at integrative theorizing, Mitchell draws together major lines of relational-model traditions into a unified framework for psychoanalytic thought, more economical than the anachronistic drive model and more inclusive than any of the singular relational approaches to the core significance of sexuality, the impact of early experience, the relation of the past to the present, the interpenetration of illusion and actuality, the centrality of the will, the repetition of painful experience, the nature of analytic situation, and the process of analytic change. As such, his book will be required reading for psychoanalytic scholars, practitioners, candidates in psychoanalysis, and students in the field.