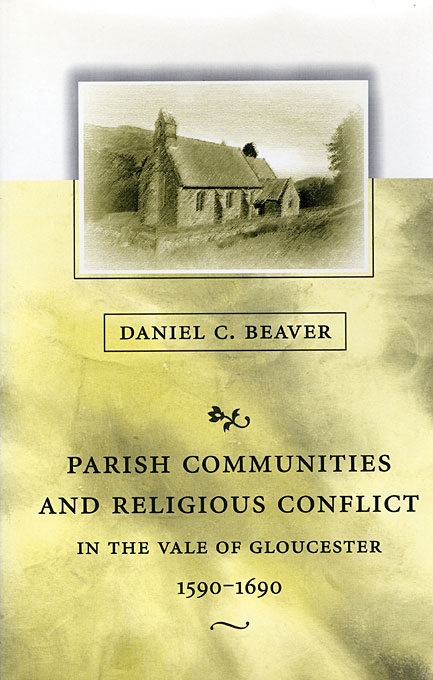 Parish Communities and Religious Conflict in the Vale of Gloucester, 1590–1690

“In an intriguing argument, Beaver suggests that the reception of the Reformation into the Vale of Gloucester, where it lacked broad support, enabled dissenting religious groups to reject the territorial parish, in favour of the ‘imagined communities’ of the like-minded… His work is an important one. It translates the conflict of the seventeenth century into a local study that has a wider theoretical application… Beaver has written a perceptive and incisive study of religious and communal conflict in Stuart England, and one that is central to our understanding of seventeenth century society.”—William Gibson, Albion

“Parish Communities and Religious Conflict in the Vale of Gloucester examines the belief and activities of ordinary men and women in the Vale of Gloucestershire during the last years of Elizabeth’s reign and throughout most of the seventeenth century. It goes beyond most regional studies, however, in emphasizing the effect of religious change and conflict on local communities. Class and gender as well as religious convictions are seen as important factors determining social cohesion and political allegiance…this is a valuable study that should interest historians as well as students of religion in England.”—History

“Daniel Beaver has written a volume grounded in extensive manuscript sources and combining the methodologies of social and cultural history with the theories of cultural anthropology. His geographical focus is the single-parish town of Tewkesbury and its environs (an area of approximately twelve square miles) in the county of Gloucester. Chronologically and thematically, however, his range is much broader, encompassing a wide range of topics relating to parish communities and religious conflict in the tumultuous seventeenth century… Beaver’s reliance on rich local manuscript sources, complemented by his anthropological approach, provides useful insights into the particular local manifestations of dramatic shifts in the policies of the nation state during that time of unprecedented religious and political change.”—Caroline Litzenberger, Journal of Ecclesiastical History

“Beaver reveals impressive powers of historical imagination, as his ingenious and convincing analysis of the import of the various versions of the Thomas Hickes story evidences.”—Paul S. Seaver, Journal of Modern History

“Beaver wishes to cast his nets widely, to capture the nuance of change and opinion in society and culture as they altered across the century he examines… This is a valuable book…in its attempt to explore the fissiparous nature of belief under the Stuarts while at the same time respecting the strength of the many layers of continuity that existed in the Vale of Gloucester, one gains a renewed and subtle appreciation for the role of a market town as a linchpin.”—Susan Wabuda, Sixteenth Century Journal

“He turns a local study into something that has theoretical force, as well as taking issue with other historians of Tudor–Stuart England on matters like the impact of the Civil War, ‘revolution,’ ‘Restoration,’ Laudianism and the like.”—David D. Hall, Harvard Divinity School

“A significant historical study… This is not simply a work of local history, as it throws considerable light on wider aspects of the great conflict that convulsed Stuart England… The discussions are confident, sensible, and well grounded in the evidence… No other book that I know of covers the experience of a region (as distinct from a town) throughout the entire troubled history of seventeenth-century England in anything like this depth… It is original in the systematic way it applies anthropological concepts to English political and religious conflicts.”—David E. Underdown, Yale University