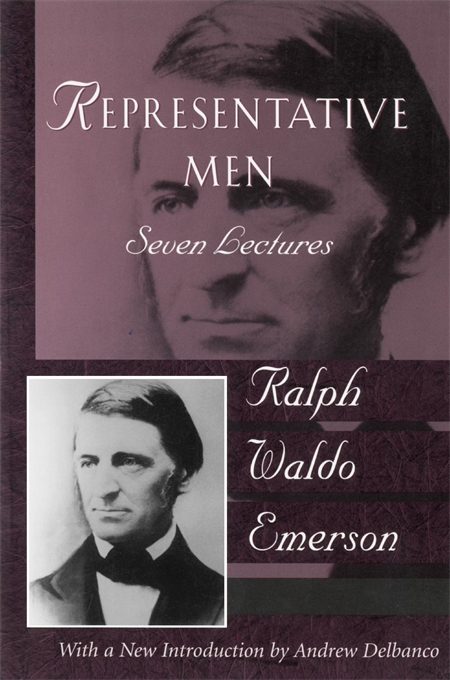 “At first reading, Representative Men seems the most alien of Emerson’s books. First published in 1850 (having taken form over the five preceding years as a series of lectures intended as ‘winter evening entertainments’), it was inspired by the romantic belief that there exists a ‘general mind’ that expresses itself with special intensity through certain individual lives. It was an appreciation of genius as a quality distributed to the few for the benefit of the many. When, according to Longfellow, Emerson began to speak on these themes in Boston in 1845, the Odeon theater was jammed with ‘old men and young, bald heads and flowing transcendental locks, matrons and maidens, misanthropists and lovers.’ The crowds were rapt and grateful, as were their counterparts two years later in England where the lecture series continued…

“Emerson is a writer who grows restless if he stays too long with any proposition. And so, as one of his most intelligent modern readers, Judith Shklar, has pointed out, he built Representative Men around the principle of ‘rotation,’ which had become a political axiom in Jacksonian America—the idea that no man, no matter how imposing, should be accorded permanent authority. Representative Men honors the language of democracy in its very title, and it employs political metaphors throughout. ‘We are multiplied,’ the opening chapter declares, ‘by our proxies.’”

—from the Introduction by Andrew Delbanco

This edition of Representative Men is reproduced from the fourth volume of The Collected Works of Ralph Waldo Emerson, text established by Douglas Emory Wilson.