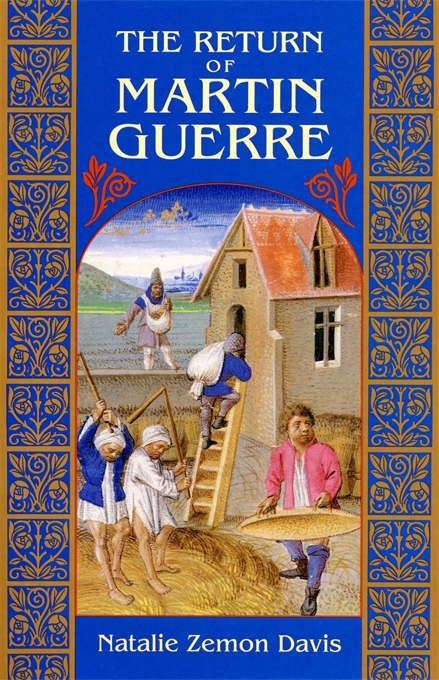 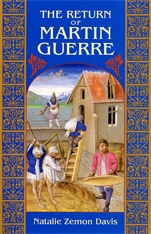 The Return of Martin Guerre

“A fascinating reconstruction of a famous incident of impostorship and love in sixteenth-century rural France. Davis delicately deploys historical fact to suggest what is singular about the modern individual.”—Todd Gitlin, The Nation

“Natalie Zemon Davis…has scoured the legal and notarial records of south-western France to recreate for the reader not merely a highly entertaining story but a vivid picture of the world which fashioned its principal characters. Her observations on property rights, inheritance, customs, family relationships and the mechanisms of the law are welded together by a rare blend of historical craft and imagination… Professor Davis’s ability to combine lively narrative, wit, historical reflection and psychological analysis will ensure for this book a wide audience. It is truly captivating story with which to pass a rainy weekend; it is also a brilliantly professional reconstruction of the rural world of sixteenth-century France, which will both stimulate and inform for many years to come.”—David Parker, The Times Literary Supplement

“In her intelligent and subtle analysis, the story gives an inside view of an otherwise little-known world, the private lives of peasants… Natalie Davis has also collaborated on an excellent film of the story (produced in France) as well as writing this book… One can only admire Natalie Davis for the major work of historical reconstruction she has performed without any kind of ideological bias… About Martin Guerre, I would say, without hesitation, the movie was great, but Natalie Davis’s book is even greater.”—Emmanuel Le Roy Ladurie, The New York Review of Books

“Davis combines a veteran researcher’s expertise with a lay reader’s curiosity and an easygoing style. She draws on sophisticated…work in land tenure, legal rights, and demography to reinterpret a ‘prodigious history’ among the French peasantry… Davis’s book combines ingredients essential to good social history—painstaking historical research and a vividly empathetic imagination. The result of this happy combination is that character emerges in context… Davis’s book balances possibility and constraint, character and situation. It puts people back into history but doesn’t take the social and political forces out of it. The universal is there in particular, and it makes you think not only about their choices then, but about ours now.”—Pat Aufderheide, The Village Voice

“Written in a lively prose style that is accessible without ever being simplistic. The Return of Martin Guerre may be the most vivid, informative and entertaining history writing since Barbara Tuchman’s A Distant Mirror…a rich and colorful picture of life, love and justice in 16th-century France.”—Robert C. Cumbow, The Seattle Times

“The fullest account to date of this extraordinary tale. Davis has constructed a fine piece of social history, a look into the lives of 16th-century peasants who left no records because they could neither read nor write.”—Jean Strouse, Newsweek