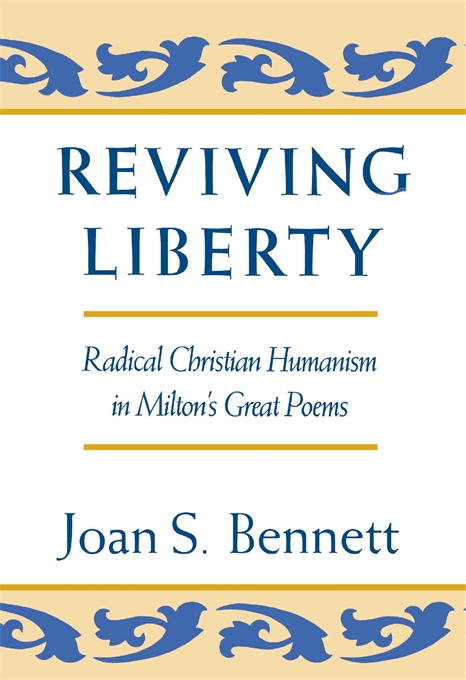 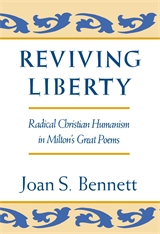 Milton’s Great Poems—Paradise Lost, Paradise Regained, and Samson Agonistes—are here examined in the light of his lifelong commitment to the English revolutionary cause. The poems, Joan Bennett shows, reflect the issues Milton had dealt with in theological and public policy debate, foreign diplomacy, and propaganda; moreover, they work innovatively with these issues, reaching in epic and tragedy answers that his pamphlets and tracts of the past twenty years had only partially achieved. The central issue is the nature and possibility of human freedom, or “Christian liberty.” Related questions are the nature of human rationality, the meaning of law, of history, of individuality, of society, and—everywhere—the problem of evil.

The book offers a revisionist position in the history of ideas, arguing that Renaissance Christian humanism in England descended not from Tudor to Stuart Anglicanism but from Tudor Anglicanism to revolutionary Puritanism. Close readings are offered of texts by Richard Hooker, Milton, and a range of writers before and during the revolutionary period. Not only theological and political positions but also political actions taken by the authors are compared. Milton’s poems are studied in the light of these analyses.

The concept of “radical Christian humanism” moves current Milton criticism beyond the competing conceptions of Milton as the poet of democratic liberalism and the prophet of revolutionary absolutism. Milton’s radical Christian humanism was built upon pre-modern conceptions and experiences of reason that are not alien to our time. It stemmed from, and resulted in, a religious commitment to political process which his poems embody and illuminate.