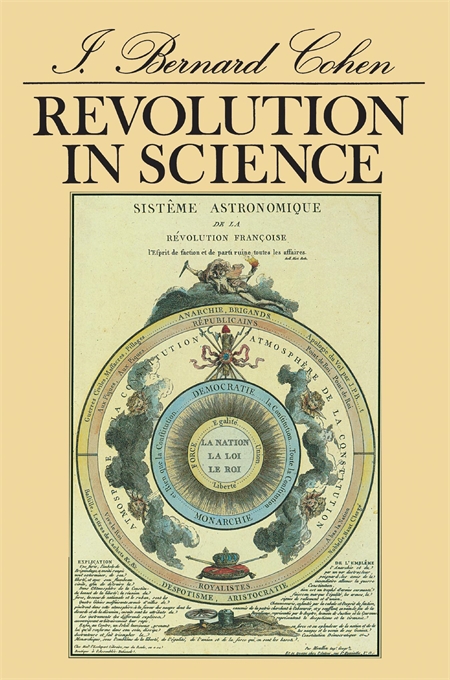 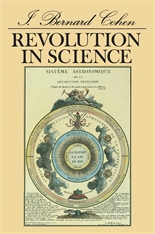 Only a scholar as rich in learning as I. Bernard Cohen could do justice to a theme so subtle and yet so grand. Spanning five centuries and virtually all of scientific endeavor, Revolution in Science traces the nuances that differentiate both scientific revolutions and human perceptions of them, weaving threads of detail from physics, mathematics, behaviorism, Freud, atomic physics, and even plate tectonics and molecular biology, into the larger fabric of intellectual history.

How did “revolution,” a term from the physical sciences, meaning a turning again and implying permanence and recurrence—the cyclical succession of the seasons, the “revolutions” of the planets in their orbits—become transformed into an expression for radical change in political and socioeconomic affairs, then become appropriated once again to the sciences?

How have political revolutions—French, American, Bolshevik—and such intellectual forces as Darwinism further modified the concept, from revolution in science as a dramatic break with the past to the idea that science progresses by the slow accumulation of knowledge? And what does each transformation in each historical period tell us about the deep conceptual changes in our image of the scientist and scientific activity?

Cohen’s exploration seeks to uncover nothing less than the nature of all scientific revolutions, the stages by which they occur, their time scale, specific criteria for determining whether or not there has been a revolution, and the creative factors in producing a revolutionary new idea. His book is a probing analysis of the history of an idea and one of the most impressive surveys of the history of science ever undertaken.