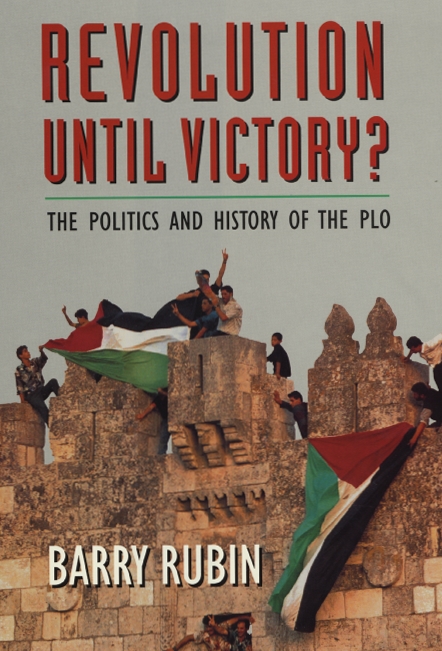 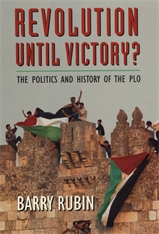 The Politics and History of the PLO

“As a concise documentary work, [this book] elegantly and thoroughly chronicles the history of the PLO, noting the ideological and operative distinctions between its principal component, Fatah, and other more radical branches.”—David B. Green, The New York Times Book Review

“Rubin…meticulously traces the agonizingly erratic course by which the PLO finally arrived at the negotiating table. He also seeks to explain the PLO’s seeming inability to abandon maximalist aims—the recovery of all of Palestine and the eradication of the Israeli state… A lucid and concise…account of the PLO leadership’s management of Palestinian fortunes during the era now coming to a close.”—Shaul Bakhash, Newsday

“Barry Rubin has a justified reputation as a quick study and a flowing writer… [This] is the best early analysis of the makings of the Israeli–PLO accords.”—Michael Widlanski, The Jerusalem Post

“Provides an excellent guide to PLO intentions. In compact and readable form, Rubin reliably reviews three decades worth of PLO complexities. More than that, he breaks new ground by getting behind the PLO’s external face—the personality of PLO Chairman Yasser Arafat and the record of terror—and concentrating on its internal dynamics… In short, if you want to read one study about the elusive organization called the Palestine Liberation Organization, Revolution Until Victory? is the way to go.”—Daniel Pipes, The Washington Times

“The question remains: why did the PLO choose the path of accommodation rather than that of armed struggle? The answers are found in Barry Rubin’s Revolution Until Victory?…an impressive analysis of that Palestinian umbrella group.”—Sheldon Kirshner, Canadian Jewish News

“An excellent and timely analytical political history of the Palestine Liberation Organization (PLO), one which investigates and interprets its political circumstances, strategies, and doctrines from an inception in the late 1950s to the earthshaking events of 1993 culminating in the Rabin–Arafat handshake on the White House lawn. Above all, it provides the reader a vivid portrayal of the seemingly endless twistings and turnings and reversals of PLO policies.”—Robert E. Harkavy, Political Science Quarterly